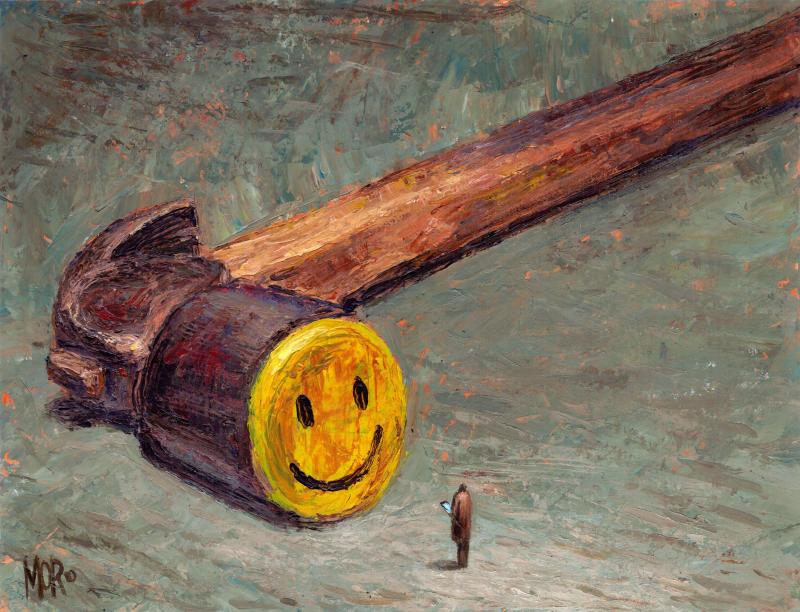 Alexandre Leforestier, founder of Panodyssey: “The tech industry is the Silk Road 2.0”

Through its Creative Room European Alliance, a group of nine European partners – Voxeurop among them –, Panodyssey aims to expand throughout Europe, to the benefit of authors, creators and media actors

Voxeurop: In a few words, what is Panodyssey?

Alexandre Leforestier: Panodyssey is a social network dedicated to collaborative and creative writing. It’s a digital space where amateur and professional authors and writers can write, publish and monetise content in an integrated electronic portfolio, reaching their audiences organically, and audiences will be able to manage their algorithm and personalise it.

Why should authors and media be interested in Panodyssey?

There are several reasons. The first, most common reason is the fatigue induced by the algorithms that we experience and endure on social media, that restrict us, stress us, bombard us with advertisements. Digital content is becoming more and more exhausting, and there is a place for the creation of different experiences that are calmer and more responsible.

It’s also important to understand that these algorithms strongly impact our diversity and creativity by pushing us to buy into their system if we want our work to be seen. Creativity takes time, and a certain way of doing things. This social network is built, designed for creators, to foster that collaborative vision, to allow them to take their time, and to protect their creations.

We are unquestionably the first social network in the world to immediately focus on respecting and protecting intellectual property, and considering how we can encourage – or even industrialise – the collaborative flow. The talent is there, the projects are there, but what is missing is the tool that channels these projects, wishes and talents into creative, collaborative projects, and brings them naturally to their audiences.

On your website you also mention complying with the European Commission’s criteria for the protection of online consumers, the General Data Protection Regulation (GDPR), and the Digital Services Act (DSA). By that, you mean that you are cooperating with European regulations?

Exactly, and I would even say that we didn’t wait for these new laws to include the new standards in our project. You mention the DSA [which regulates digital platforms]. These regulations don’t apply to Panodyssey, as we are currently a small company, but we want to be a model. From the beginning, we integrated extremely strong elements into our project and its technical operating.

For example, certifying the identity of people publishing, and putting in place intellectual property registers to ascertain who does what. With these efforts, we are hoping to immediately – and in the long term – enhance the creativity of the content disseminated. We don’t have to buy into the social media game, which is a distorted numbers game: fake profiles, fake news, fake comments, fake likes, fake views… In my opinion, this fake kingdom signals the end of the internet as a public sphere, 20 years after it emerged.

Emotion is currently integral to these applications, but we don’t have to stress people out. That is why we made a firm, bold decision: no advertising on our social network. That means that you can choose your own algorithm, because it functions independently of our economic model. And that changes everything.

Is a DSA a step forward for European consumers?

Absolutely. This development followed the GDPR – in a sense, we took care of users first, their privacy, their data, before turning to content creators. Today, what we want to know is how, in the digital industrial landscape, we can develop a European tech industry. Because that is what is at stake – we obviously talk about the automotive industry, agri-food and all kinds of other things, but we have to realise that the digital economy is a permanent and rapidly expanding part of the world economy. It’s imperative that we start laying the foundations of European tech projects.

The elephant in the room is the omnipresence and the quasi-monopoly of American “Big Tech”.

Yes, and that’s why we have to work together with them. These companies are taking slow, timid steps towards becoming ”cleaner”, but we need to intensify these elements of regulation by creating new standards and financially supporting long-term projects. These are not projects that can become profitable with a short-term vision, given the investments that need to be made and today’s high industrial stakes.

Do you think that the DSA will help to re-establish a balance between American and European companies?

I hope so. We will need one, two, maybe three DSAs… It’s the first step on a long road, because economic warfare is extremely violent and entirely without pity. It is very difficult to develop European digital players – it is something that France has undeniably failed to do, and Europe has realised. Content is the raw material of the digital economy – even before data – and no matter the field, all of that has left for the suburbs of San Francisco. We urgently need to focus on European sovereignty, because if we don’t, there is no point in worrying about the social, societal, or economic damage. We can only act at a European level on this continent, and we have to do it quickly and with significant investment.

There are also issues of democracy at play – data is one of the citizen’s most precious possessions, and that raises a question of security. Is investing in a European digital industry also protecting the population?

All the centres of information, espionage and crowd manipulation are at the heart of our societies and the geopolitical stakes of digital technology.

Undoubtedly. We aren’t just talking about economic warfare! Information, espionage and crowd manipulation are at the centre of our societies and the geopolitical stakes of digital technology. The tech industry is the new Silk Road! The situation in Ukraine has demonstrated that the echo chambers here and the other side of the Russian border are not at all the same, and that the internet has a firm grip on our hip pockets and our brains. It’s particularly dangerous – a tool that is always on us and that can have an influence on the emotional state of its users at any moment.

Being an alternative means that Panodyssey is the seed of  a different ecosystem. Being an alternative means taking the first steps towards diversity in the social applications of this digital space, with values that are not the same as those of our peers and functionalities that work differently. Our driving force is different, because our objective is different. What unites us is diversity in all areas. That is what it means to be an alternative: no longer being forced to live in a homogenous world where there are one, two or at most three players. That is unacceptable. That’s where we can propose an alternative, in the end.

Do you think that in the future there will be a multitude of smaller players, rather than a few large ones?

Definitely – and in any case, history often repeats itself. There are moments of concentration, and moments when the concentration dissipates. This type of system can only continue if there are extremely strong societal fundamentals. We must create a diversity of operators, an economic system with stakeholders, creators, operators, technologies… and that’s how, in the long term, we can create an alternative. We call ourselves alternative because Panodyssey sees itself as a building block.

By moving toward a digital space without monopolies and with more separate, horizontal social networks, reduced in size for smaller communities, aren’t we moving toward a world with populations that are less connected, but better connected?

I’m not sure they’d be less connected. In any case, I think that there are people who are sick of being connected. They need to be better connected, that’s essential. We have gone in a direction that, personally, I find worrying – in the past we talked about artificial intelligence, now we’re talking about the metaverse, but what’s next? Will things get even worse? The European Commission absolutely must develop new regulatory instruments for these new phenomena.

Today we’re seeing a whole range of industries return to their roots – connecting better is part of that movement. For the moment, it’s a small part of the population, which will gradually expand; that’s why it’s important to have projects that prove that an alternative is possible. Above all, the internet cannot remain this Monsanto-style industry.

Invest in digital to escape digital?

Both are essential. Think of the time spent on digital devices in the last two or three years, it’s increasing all the time, and it’s only going to continue. With such crazy growth, we have to create a segment where we can breathe. Where we can live. Where technology serves humans, and not the other way around.

Voxeurop is a member of the Creative Room European Alliance (CREA), headed by Panodyssey and supported by financing from the European Commission.