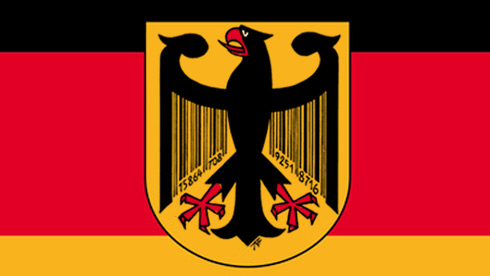 Germany is taking advantage of its robust economic health to firm up its presence on the international stage. However, trade is the engine of a diplomacy that still fears embracing military interventions, a stance which remains popular with the German public.

Vladimir Putin is expected in Hannover, Germany on April 7 and 8 where, together with Angela Merkel, the Russian president will cut the ribbon to open a great industrial fair that this year is showcasing Russia as its guest of honour. The stars of the Russian economy have, of course, reserved their booths.

In 2012 the Chancellor made the same rounds in the company of the Chinese Prime Minister, Wen Jiabao, when Beijing was at the heart of that year’s fair. Two typical examples of how German diplomacy feeds the German economy, and vice-versa.

In Germany, industrial exports are seen not merely as the consequence of the competitiveness of the economy, but as a goal in themselves. A brand is an object of pride, for the left and the trade union movement as well. It’s also insurance against demographic decline, as investing the trade surpluses will help in part to cover Germany’s social expenditures in the future.

In a country that, for several decades after the Second World War, dared not claim any particular strategic interest – “we were supposed to have the same interests as our allies and neighbours,” says a diplomat – trade is an ideal gateway to the world.

And Angela Merkel is making that outbound voyage. Since 2007 the Chancellor has made no less than 274 trips abroad: 168 within Europe, 59 to Asia, 29 to North America, 11 to Africa and seven to Latin America. Even little Moldova was entitled to a visit. In this crammed itinerary, China occupies a special place. In the last six years, the Chancellor has made no fewer than six lengthy official visits there, including two in 2012, spending time both in Beijing and in the provinces. Clearly this isn’t happening by accident. In the past 10 years trade between the two countries has shot up from €36bn to €144bn, with China becoming Germany's third-largest trading partner (behind France and the Netherlands), with Germany posting six trade surpluses.

Another illustration of the German approach: relations with the United States, which extend well beyond the merely economic. Germany’s anchorage in NATO is one of the pillars of German diplomacy. In recent months Berlin has managed use its privileged ties with Washington to rekindle in dramatic fashion the negotiation of a Free Trade Treaty between the European Union and the United States. Visiting Berlin on February 1, American Vice-President Joe Biden gave the green light from the new Obama administration to the initiative. And so, to promote German industry, Angela Merkel has not hesitated to bypass the European Commission, which is responsible for the negotiation, and to start a new dispute with France, which is much more cautious about a free-trade agreement. Nor has Merkel hesitated to turn her back on multilateralism, the cornerstone of German diplomacy.

Another theme provokes a kind of sacred alliance in Germany: access to raw materials. The issue is a serious one, because without raw materials a good part of German industry would be forced to stand idle. Result: in February 2012, during the Greek crisis, Angela Merkel rolled out the red carpet for the president of Kazakhstan, Nursultan Nazarbayev, and signed with him an agreement allowing German companies to search for and mine rare earth minerals in the uranium-rich country. Human rights defenders protested the deal, while employers applauded it. Incidentally, rumour had it that the Kazakh dictator, while he was in Germany, was treated at a clinic in Hamburg.

Having discreetly become the third-largest arms exporter in the world, after the United States and the Russia, Germany is also playing on the success of its submarines with the Israeli Navy and of its tanks, of which Saudi Arabia and the Algeria hope to acquire several hundred, to play a diplomatic role in the Arab world and in the Middle East. It also does not fear to rush in to exploit the animosity of some countries towards France, as revealed by France’s vigorous presence in the Maghreb.

Angela Merkel has, moreover, broken a taboo: the Chancellor no longer thinks twice about selling weapons to friendly countries, even in conflict zones. While the opposition denounces a short-term “Merkel doctrine”, the majority – and some experts – see her actions as the formalisation of a policy that has already been pursued previously by Gerhard Schröder, Merkel’s Social Democrat predecessor.

Although Germany is taking part in peacekeeping operations in several countries (including 4,500 soldiers in Afghanistan, 730 in Kosovo, 320 in the Horn of Africa, 300 in Turkey, 150 in Lebanon and, most recently, 330 in Mali and Senegal), sending soldiers abroad remains nonetheless an unpopular measure. And so, for any chancellor, it’s a step fraught with political risks.

Commenting on the turmoil generated in the country by a television series that is sparking a huge debate on the participation of ordinary Germans in Nazi crimes, Der Spiegel on March 25 headlined: “War and the Germans: the eternal trauma”. Hence the abstention of Germany at the United Nations when, in 2011, the UN decided to back intervention in Libya. Hence its minimal engagement in Mali. Hence its desire not to get involved in Syria. Most of the time, the experts (and the press) criticise this wariness of Angela Merkel and her Foreign Minister, Guido Westerwelle – but German public opinion approves of it.

Plenty of trade, a dash of human rights and participation restricted to NATO operations under the flag of the United Nations: does all this add up to a coherent foreign policy? "No it does not", says Frank-Walter Steinmeier, Chairman of the Social Democratic group in the Bundestag and Foreign Minister from 2005 to 2009, rather firmly. That judgement is "exaggerated" according to Eberhard Sandschneider, one of the leaders of the DGAP Foundation (German society for foreign policy). For him, Germany is “adapting to the changing world”, even though it is still struggling to assume its role as a power in the world, particularly in relation to the United States.

Germany’s abstention from the United Nations vote on Libya can be read as a lack of courage by the fourth economic power in the world, but also as the sign of a relative autonomy that it has begun to practice vis-à-vis two key allies: France and the United States. Germany’s reluctance to send troops into combat zones should therefore not lead anyone to underestimate the power of its diplomacy, even if Germans themselves are sometimes reluctant to admit the decisive influence of the latter and to draw the consequences.