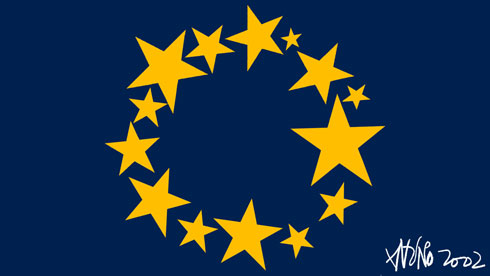 Despite the diverse history of the EU’s member states and the waning support for the European project, the bloc has all the elements needed to form a community with its own distinctive shared cultural identity, argues an Irish political scientist.

For those familiar with research on the nature of nationalism, the evolution of the European Union represents something of a puzzle. As the institutions of the EU have extended their reach, and as the number of members has grown, it is not surprising that the EU has attempted to promote a deeper sense of European identity.

But in a Europe of nation states this represents a singular challenge. Once mass populations have been socialised into a powerful sense of national identity – as Germans, as Finns, or as Irish, for example – this is extraordinarily difficult to dislodge. To the extent that people’s loyalties are thus deflected from commitment to Europe, the construction of a powerful European superstructure is impeded. Yet, the process of institutional deepening has continued. How has this been possible?

There can be little doubt that the European Union of which Ireland is a member in 2013 is profoundly different from the EEC that Ireland joined in 1973. Although the end goal of the European “project” is more usually taken for granted than defined, to the extent that this is a federation of European member states, significant progress has been made.

The EU is run by a set of political and bureaucratic structures that are unusual, but recognisably similar to those of a federal state.

You can unsubscribe at anytime *
Categories
EUMember StatesPolitics and democracyIrelandEuropean Union