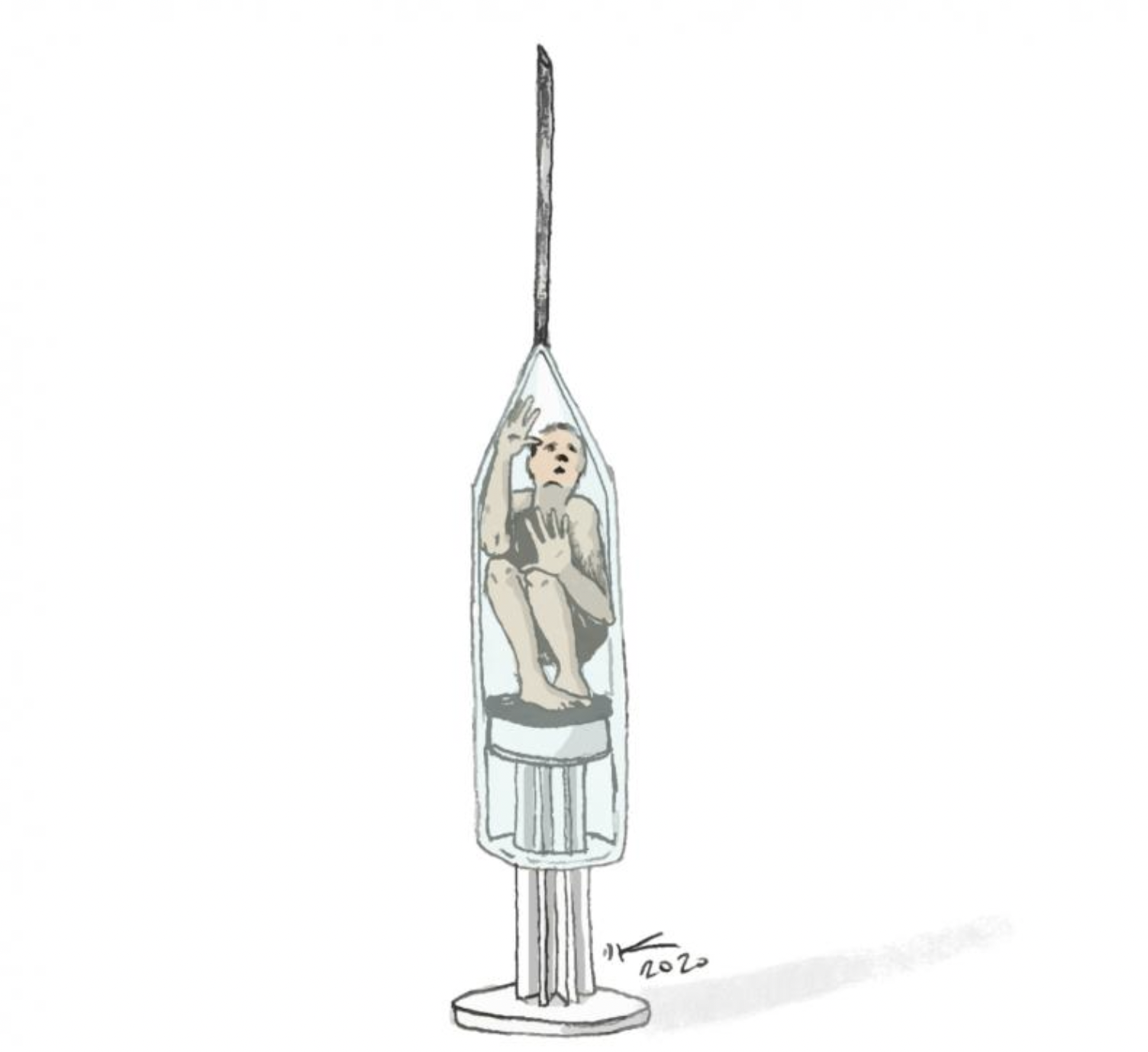 Getting vaccinated in Belgium, a ‘kafkaesque experience’ for the undocumented

Undocumented people in Belgium are having a difficult time getting vaccinated, and getting proof of vaccination. How many remain unvaccinated as a result is unclear.

60-year-old Fred* has been living in Belgium, for the most part irregularly, since 2006. He works as a translator. In April 2021, he began the quest to get vaccinated against Covid-19.His residency status turned the mission into an odyssey. “I was sent from place to place. Neither my family doctor, nor the hospital, nor social services could explain to me how I could get vaccinated without a national registration number.”

Fred was not alone. An estimated 150,000 people in Belgium do not have valid residency documents. Some 90,000 of them live in Brussels. Brussels Health Minister Alain Maron reported that 30,000 people who are not registered in the national registry have been vaccinated in the capital. But these numbers are little more than educated guesses and might include people like tourists who are in the country temporarily.

Fred shared the long chains of unhelpful email replies he received while trying to get vaccinated. He sums it up: “It was one big Kafkaesque experience. On an information hotline about vaccinations, an operator told me that it was ’absolutely impossible to get a vaccination without a Belgian identity card.’ He told me to ’return to my country’. I have lived in Belgium for 15 years and this kind of xenophobia doesn't surprise me any more.”

More : David, to be deported from his home country

In the end, Fred found the right information at the helpdesk of Medimmigrant, an organisation working with undocumented people, and he received his vaccine in the summer. “Every day we get two to three questions about the vaccination of undocumented migrants,” said Katrijn Vanhees, a legal assistant at Medimmigrant. “The question is usually: how can I get vaccinated and how can I get the certificate?”

Anyone who is undocumented and wants a vaccination and a certificate must have a BIS number. This is a digital ID for people without a national registration number, to allow identification in the social-security system. This was not a problem for Fred, because he already had a medical card that he had used to access urgent medical care, so – without realising it – he also had a BIS number.

For other undocumented people, a BIS number is a major stumbling block, because it requires people to provide either an address in Belgium, an address abroad, or their date and place of birth. The fear is that the information can be used against them later.

More : The uncountable: How Covid-19 affected migrants and refugees’ health

Can the data be used by other services to track down people in an irregular situation and deport them? “No,” said Jan Eyckmans, spokesman for Health Minister Frank Vandenbroucke. “We explicitly stated in the cooperation agreement on vaccination that data cannot be communicated to the police.” Koen Dewulf, the director of Myria, agrees: 'It is strictly stipulated that improper use of this information is not possible. We count on the good faith of everyone.”

Despite these assurances, suspicion towards the government is widespread. Another group with a history of exclusion from public services are people living on the streets. Filip Keymeulen of Diogenes, an organisation working with homeless people, often hears arguments such as, "The government that rejected me [for residency] now has my best interests at heart with free vaccinations?"He also hears fears of having a chip implanted, and doubts about safety of the vaccines due to their rapid development.

“On an information hotline about vaccinations, an operator told me that it was ‘absolutely impossible to get a vaccination without a Belgian identity card.’ He told me to ’return to my country’.” – Fred

Despite the difficulties, Keymeulen tries to engage in conversations about Covid vaccines. “If you listen to the concerns and take them seriously, you can often convince them. But even then things can still go wrong. For example, after a lot of back and forth, one of our clients managed to receive a BIS number from a doctor. However, when he went to a vaccination centre near Brussels Midi railway station, he was still asked for his identity card, so he left. A BIS number should have been enough, but the people there did not know the right procedure.”

A community approach to vaccinations

That situation has since improved, as processes for vaccinating undocumented people are regularized. Staff at vaccination centres are gradually becoming more familiar with the procedures and can now issue their own BIS numbers. Vanhees (Medimmigrant) sees this as an important step: "In the beginning, the Mobivax initiative – coordinated by civil society organisations – actively sought the most vulnerable out, to provide vaccinations. Now we try to integrate undocumented people into the regular local vaccination initiatives. By doing so, undocumented people are offered the vaccines at the same time as documented Belgians.”

Another positive step is that hospitals and pharmacists are now allowed to vaccinate. “They inspire more trust among undocumented people than vaccination centers, which seem to have a stronger connection with the government. A pharmacist is less associated with the state”, says Vanhees.

Both Vanhees and Keymeulen would have liked to see a clearer message from politicians. “Politicians have never stated that undocumented migrants have no access to vaccination, but it remained vague for a long time," says Vanhees. “This hesitant communication has created a lot of confusion for the target group. The cooperation agreement on vaccination stated that ‘any person residing on Belgian territory’ could be vaccinated. But does that mean legal or actual residence?”

Vandenbroucke's spokesperson responds: 'We have always been clear on the principle that we are only safe when everyone is safe. In order to reach the target groups and convince them to get vaccinated, we opted for a targeted and low-threshold approach, whereby contact was made via intermediaries or structures that already enjoyed their trust. Working through traditional media channels was much less obvious for this task, because the target group has little or no access to these information sources or does not have the means to access them.”

Vaccinating undocumented people is a challenge not only in Belgium but throughout Europe. An investigation by Lighthouse Reports (here all) an investigative nonprofit newsroom working with Europe’s leading media, compared vaccination policies for the undocumented of 18 European countries.

Belgium comes out in the middle of the league table, with a lack of privacy guarantees and transparency as the main issues. Fred can only agree with the latter: “I think Belgians have a serious allergy to transparency. The fact that I already had a BIS number, but no one could tell me, says it all.”

*Fred is a pseudonym. 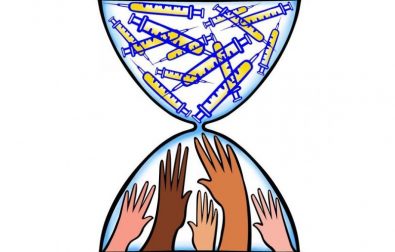 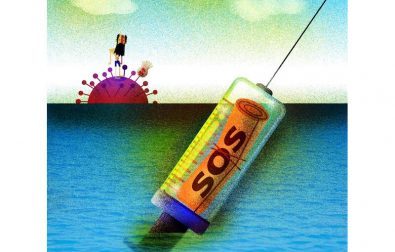 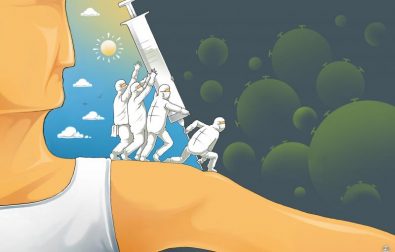