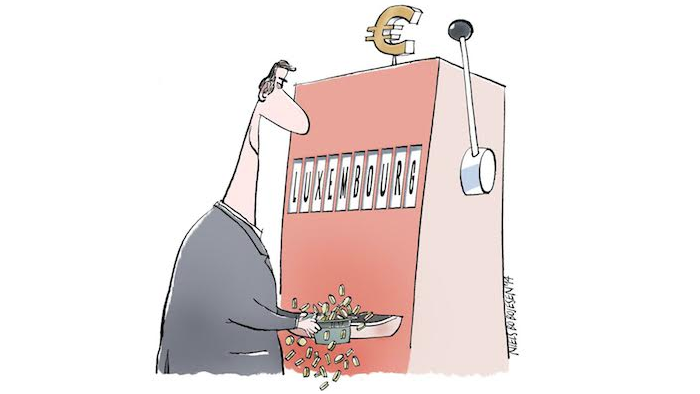 Luxembourg uses a system of secret agreements to hide “billions of euros in revenue” of thousands of multinational companies from governments around the world, reveals Le Monde in partnership with forty international media and the US-based International Consortium of Investigative Journalists.

Based on 28,000 pages of deals signed between the Grand Duchy and 340 large companies, including Amazon, Apple, Deutsche Bank and Ikea, the investigation finds —

The companies save billions of euros each year by creating holdings or subsidiaries in Luxembourg with very little actual business activity or staff. [...] These strategic operations have a sole objective: to pay as little tax as possible, if not to find a way to be exempt from it completely.

If these tax schemes “are legal, but considered harmful”, the French daily points out that —

since June, the European Commission has been investigating the practices of a country that has built a tailor-made tax system for these companies, in derogation of ordinary law. It believes the advantages given to certain companies could constitute illegal state aid.

presided over the tax affairs of Luxembourg for over two decades, guiding the country from being a sleepy European backwater to a prized destination where hundreds of the world's biggest companies now base their affairs.

With the European Commission already investigating deals with Amazon and Fiat, the Luxembourgish daily notes —

On Wednesday, asked about the tax policies he once led, Juncker told journalists that he “had his ideas” about the matter but would do nothing to affect the EU’s investigation “as this would be indecent”.

But journalist Richard Brooks, for whom the Grand Duchy “owes its status as the world’s premier corporate tax haven to its position at the heart of Europe”, tells British daily The Guardian that the investigations —

concern the possibility of “sweetheart deals” for favoured companies, when the bigger problem is that Luxembourg offers major tax breaks to all companies – as long as they have enough money.

For its part, Gazeta Wyborcza adds —

The “Luxembourg Leaks” inquiry unveils a large number of “fiscal contracts” that European taxpayers will find it hard to swallow, especially after spending several years being told they needed to tighten their belts.