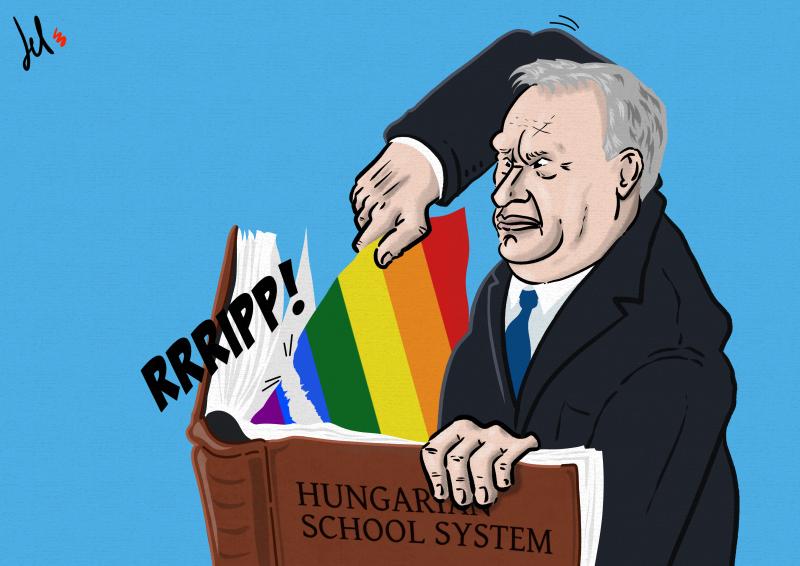 On 15 June, the Hungarian parliament passed a law to strengthen the fight against pædophilia that included an article forbidding the “sharing of content involving children under 18 years old that show or promote their sexuality, gender change or homosexuality.” The vote was boycotted by the opposition except the far-right Jobbik party. Once the law is promulgated by the head of state, it will be effective immediately and all media, publishing and advertising companies must comply.

The law reflects the nationalist government’s conservative policies led by Viktor Orbán who has consistently attacked LGBTIC+ people in Hungary. Before his party Fidesz came to power, the country was rather progressive: homosexuality had been decriminalised there since the early 1960s and civil union between same-sex couples had been recognised since 1996.

Amnesty International denounces this “homophobic and transphobic law” that “further stigmatises LGBTIC+ people, exposing them to increased discrimination in an already hostile environment”. On 22 June, 14 EU countries expressed their “deep concern” at the adoption of the law, accused of “violating freedom of expression under the pretext of protecting children”.

You can unsubscribe at anytime *
Categories
Gender issuesJustice and fundamental rightsHungary