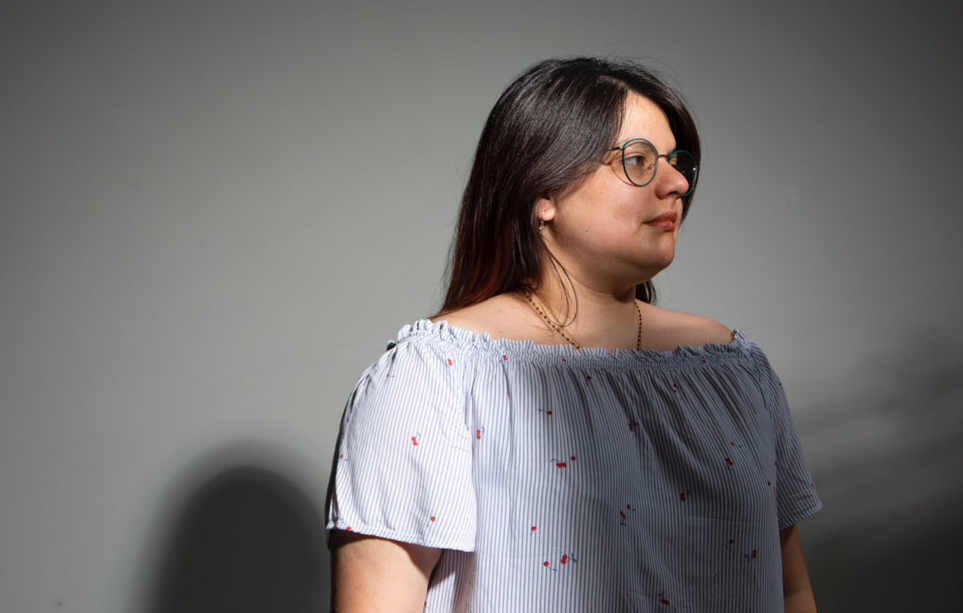 Natalia, so integrated she has to leave

Arrived from Chile when she was 8 years old with her family, Natalia has spent the last years doing her best to prove she deserves a resident permit. But each of her efforts have been turned against her by the immigration system. This is the fifth and last article from a series on young undocumented Europeans at times of Covid-19, in association with Lighthouse Reports and the Guardian.

It felt like a dirty trick was being played on them. Natalia Robledo-Contreras still cannot believe what happened the day she and her younger sister first applied for a Dutch residence permit. An immigration official refused to accept the girls' applications until their parents came into the office, claiming that their custody documents were not sufficient. Natalia, then 17 years old, and her lawyer were suspicious. What if this was a ruse to detain her parents, who like the sisters were undocumented? This was why the girls had gone alone.

But with the official refusing point blank to take their forms, Natalia’s mother decided to come to the office. She was detained immediately upon arrival. “I cried non-stop, even after my Mum was released later that day,” Natalia says. “She was ordered to leave the country immediately.”

That day in 2012 marked the beginning of Natalia’s long quest for legal status in the Netherlands, a country where she had already lived for nine years. At every stage she would try to do the right thing and in each instance these efforts would be used against her case. The process would ultimately cost Natalia her family.

Natalia’s father left behind poverty and unemployment in Chile in 2001 after a relative helped him find a job in the Netherlands. But the job was off the books so when a year later when he brought his wife and two children to join him they were also without documents. As an eight year old, Natalia was initially reluctant to leave her home in Santiago. But she was a good girl, a trier who took responsibility. She excelled at school in the Netherlands.

The family had tried to get legal residency in the Netherlands via several different routes, but did not qualify. A lawyer advised Natalia’s family to wait at least four years for the children to develop roots in the country, through school and Dutch language classes, before applying for the sisters’ residence permits. “Getting good grades would be good for my case, we thought, as a family,” Natalia says. “I often went from school, to home, to school again.”

Natalia, now a 25-year-old law student, walks through the train station in Amsterdam. A walk she would usually take to travel to her university. But the otherwise bustling train station is now almost empty because of the coronavirus lockdown. She supports her studies by working as a cleaner but this has mostly dried up since the pandemic broke out. But Natalia is conscious that others are even worse off: “Thousands of undocumented migrant domestic workers have also been let go by their clients.”

Natalia speaks softly, but there is fire in her voice when she talks about the struggles of undocumented workers. She is chairperson of the Migrant Domestic Workers board, part of the Dutch Trade Union Confederation (FNV), and currently the face of their campaign for financial support for undocumented domestic workers who lost their incomes during COVID-19. “I find it awkward to be filmed,” she admits. “But they usually ask me because I have good command of the Dutch language.”

Activism runs in her family. Her mother took part in demonstrations against General Pinochet’s regime in Chile. “And my Nanna is my big example,” Natalia says with a broad smile. “She was in a women’s union for agricultural workers. I’m really proud of that.”

But Natalia has found that the immigration system made her own family, and source of her inspiration, into the main obstacle of her dream of legal residence in the Netherlands. After her mother was detained in 2012, Dutch immigration services used her parents’ undocumented status as a reason not to grant Natalia and her sister a residence permit. Restrictive immigration policies such as those in the Netherlands and Norway can create perverse incentives for undocumented families. With the path to legal status so tough for the heads of families, authorities fear that it incentivises immigrants to obtain residence permits first for their children. The immigration service used the argument that Natalia's parents might benefit from her legal status to apply for family reunification against Natalia.

Families isolate from their children

“This is a standard argument used by Dutch immigration services against children in undocumented family cases,” said Natalia’s immigration lawyer Corinne de Klerk. Some families therefore isolate themselves from their children or deny having contact, in order to strengthen their application. “I even know of a case where the parents pretended to have disappeared from the life of their child,” de Klerk said. “The child now lives in a foster family because the parents knew their presence would be a disadvantage to their child’s case otherwise.”

The United Nations Children's Rights Treaty states that countries should not discriminate against children based on their parents and make the best interests of children the primary consideration in immigration cases. Dutch political opposition parties have proposed a bill to adopt this article into Dutch law.

While there are few reliable estimates of the number of undocumented people in the Netherlands, a study in 2013 put the population at 35,530. In 2016, a survey by a medical aid organisation in Amsterdam found around 15 percent of their patients had undocumented children.

Despite the uncertainty shrouding her family, Natalia graduated near the top of her high school class. She was sure that doing well at school should make a difference and took her school reports to periodic meetings with the immigration services. “All these good grades and my Dutch language classes were to show my integration into Dutch society,” she says. “But the officials used them against me. They told me that I was smart enough to adapt to a life in Chile."

In one meeting they would tell her she was not integrated enough and in the next that she was too integrated.

Natalia was also required to “cooperate with her return” in order to apply for a permit. “They asked us to buy flights to Chile, to watch a Dutch reality television programme about people living a good life in Chile,” Natalia says. This process often scares people into dropping legal procedures, according to De Klerk. “They pressure you to leave,” Natalia says, with a sigh. “After a while you don’t know what to do anymore to help your case.”

After five years of battling the system, Natalia lost an appeal in her case for a residence permit in 2017 and received an entry ban. From that moment, she was living illegally in the Netherlands.

“I lost everything. I couldn’t even dream about a future for myself anymore,” she said. The situation took a toll on their whole family. “You become unhappier over time and feel like blaming something for it. I started to blame my father for his decision to go to the Netherlands. I began to ignore him.” Natalia looks at the ground, searching for the right words. “It’s the entire situation that slowly pushes you apart, into a position where you consider it might be better to cut the cord with each other.”

Natalia shivers. Suddenly the toll of years of uncertainty is suffocatingly apparent. The country of her birth had become a truly foreign idea.

“Slowly Chile became further away for me. I grew attached to the Netherlands, mainly because I knew nothing else,” she said. She started working full time as a cleaner and joined the trade union and Migrant Domestic Workers board. “I didn’t want to be undocumented and do nothing for society,” she said.

The residency application of her sister, who has mental health issues, was ongoing. Natalia had also struggled with her mental health over the years. “I couldn’t break down,” she says of her childhood. “My parents were working at least six days a week. Two ill daughters would be too much to handle for my family. Instead, I hid behind my school books.”

After two years living without papers, Natalia’s lawyer suggested adding her to her sister’s case, a common approach when one sibling’s case is stronger. She started the residency process again, terrified by the memories of her mother’s detention when they first applied.  “Now it was me at serious risk of being deported immediately,” she says. She had a panic attack and went to see a psychologist, but was not able to access treatment due to her immigration status.

In her last appeal in January 2019, Natalia brought all the evidence she had to prove her ties to the Netherlands and show that she was entitled to a residence permit. In the end, the broken relationship with her parents became a decisive point in the case. The authorities could no longer claim her parents would benefit from her status. Three months later, Natalia and her sister received residence permits, 17 years after they arrived in the Netherlands.

“I can enjoy my life now,” she says. She enrolled in an undergraduate degree and hopes to qualify as a lawyer in three years. She continues working and protesting with the Migrant Domestic Workers network. “When I’m walking to my university, I think: I’ve been wanting this for so long!” she says. “But this is followed by sad memories of everything that it cost.”

The relationship with her parents remains strained. “We’re mending it now,” she says slowly. “It’s much needed.” Asked how her parents see her today, she says: “They are proud of me. I think they are the most proud of the fact I’ve always continued to do things. That I didn’t break down.” 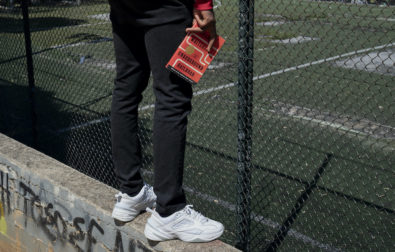 A journey into Europe’s “dreamer” generation 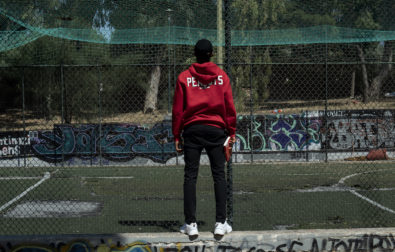 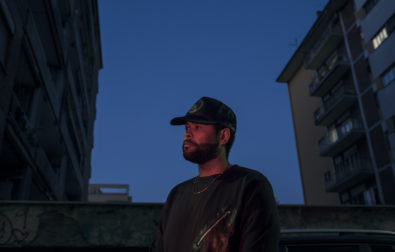