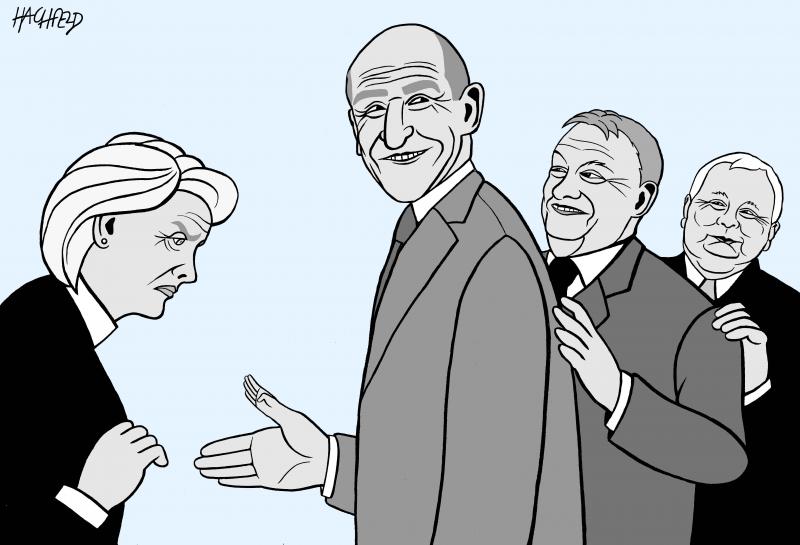 Should we shake on it?

On 1 July, Slovenia took over the EU presidency after Portugal. Slovenian conservative prime minister Janez Janša, known for his regular attacks on his country’s independent press, has raised some concerns among his European partners.

An admirer of former US President Donald Trump with whom he shares his addiction to social media, his “Slovenia First” styled slogans and his propensity to tweet without moderation earned him the nickname 'Marshal Twito'. Hostile to immigration and skeptical about climate change issues, Janša also regularly flouts press freedom, inspired by Polish ultra-conservative leader Jarosław Kaczyński and his authoritarian Hungarian counterpart Viktor Orbán. The latter reportedly helped him to take control of the national television station Nova24TV, which had become a “propaganda machine” serving Janša and his SDS party.