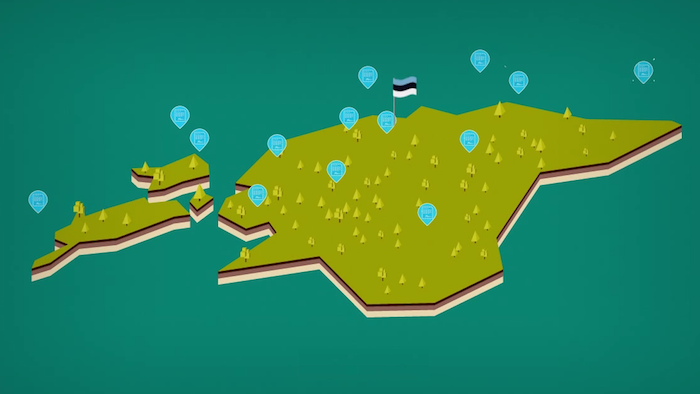 The digital republic where everyone’s invited

A pioneer in electronic government, Estonia has introduced e-residency, giving foreigners access to a vast range of online services from anywhere in the world.

As The New York Times explains, Estonians can use a national identity card embedded with a microchip —

to gain access to some 4,000 services, including banking, business registration and even fishing licenses. They review medical records and order prescriptions on smartphones. Almost everyone files taxes on the web within minutes, and about a third of voters now cast their ballots online.

Beginning in December, EU and non-EU citizens alike can request an Estonian e-residency card, explains national newspaper Eesti Pävaleht , provided they “come to Estonia at least once to prove their identity at a national institution”. They can then access services through the portal e-estonia.com. Eesti Pävaleht goes on to say that —

The e-residency card is similar to an identity card. But unlike an identity card – carried around in the pockets of Estonian citizens and permanent residents – it has no photograph. This card cannot serve as proof of identity in the real world. But it can in the virtual world, where it is used to log in to Estonian e-services and to generate a digital signature.

E-residency does not give foreigners the right to take part in e-voting, which is "reserved for Estonian citizens and permanent residents." Eesti Pävaleht adds —

E-residency is above all beneficial for business people, workers or students who have some link with Estonia. Previously, regular visitors to the country could not have access to e-services without permanent resident status.

But, the paper continues, possessing a digital identity card "whose security is guaranteed by the Estonian state" might also be attractive for people with no direct links to the country, which "explains the rush for e-residency".

Estonia transformed itself into a spearhead for e-government "on a small budget", writes The New York Times —

The country spends about €50m [...] a year on information technology. […] Most of the money goes to local companies, some of which began in local research centers started in the Soviet era. In large part, [[Estonia’s decision to go digital also has been driven by one basic fact: It had no other choice.]] When the Iron Curtain fell, Estonia had few financial resources and a small population to jump-start its economy. Local policy makers also soon realized that they could not offer Western-style services without using new technology, including the Internet, that could keep government costs at a bare minimum.

The system rests on two pillars, notes the American daily —

All Estonians are issued an identity card at 15, which includes a microchip that holds personal information and allows access to government and commercial services. To keep records safe, each card uses a personal identification number that must be correctly entered before using the digital offerings. [...] Estonia also relies on a government-run technology infrastructure, called X-Road, that links public and private databases into the country’s digital services. All personal information is kept on separate servers and behind distinct security walls of government agencies, but the system allows the state and businesses like banks to share data when individuals give consent.

In these ways, notes The New York Times, "Estonia’s willingness to use digital products sets it apart from France and Germany, where people have objected to keeping data online." Estonians have embraced the technology all the more willingly given that —

The country’s systems have recorded few serious security breaches that could test people’s faith. And many residents say the online services are more secure and more convenient than traditional methods of dealing with the government.