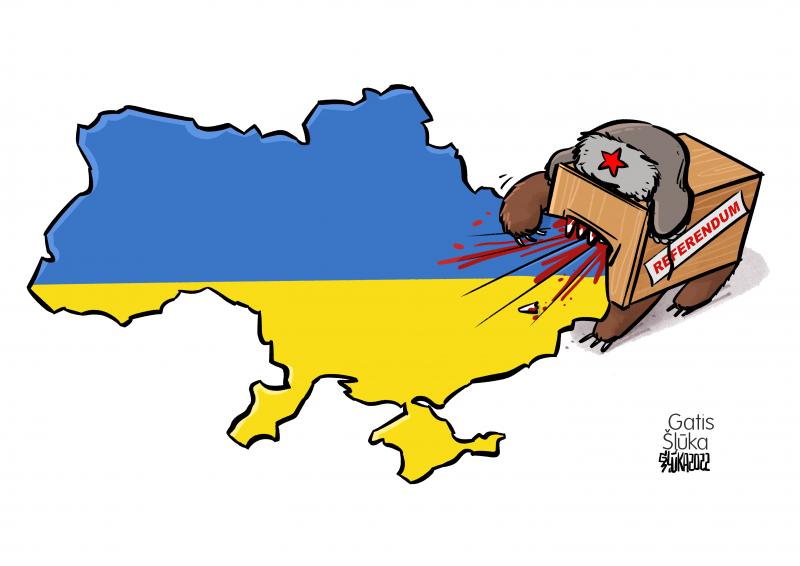 Between 23 and 27 September, the Kremlin organised so-called referendums in the oblasts (regions) of Kherson, Zaporizhia, Luhansk and Donetsk, which were occupied in whole or in part by the Russian army. The aim was to ask the population whether they wanted to be part of the Russian Federation, thus justifying the invasion.

More : Russia, Ukraine, and the West: The unavoidable conversation

Unsurprisingly, preliminary results from those four oblasts range from 87 to 99.2 percent in favour of annexation by Russia. Turnout, meanwhile, ranged from less than 50 to more than 80 percent of the electorate, depending on the region. The figures are disputed, given the lack of data on the remaining war-time population, not to mention the many — often glaring — irregularities in the voting process.

The task now falls to the Duma, the Russian parliament, to vote in favour of the incorporation of the territories, after which Vladimir Putin must give his approval. The manoeuvre is significant: from now on, Moscow will be able to claim that Ukraine's attempts to militarily recover these regions constitute an attack on its own territory.

More : How the children of perestroika ended up eating each other

There are numerous reports of intimidation by Russian military personnel going door-to-door with ballot boxes or patrolling the streets with voting forms. The international community has condemned the referendums, and announced that it will not recognise the results.