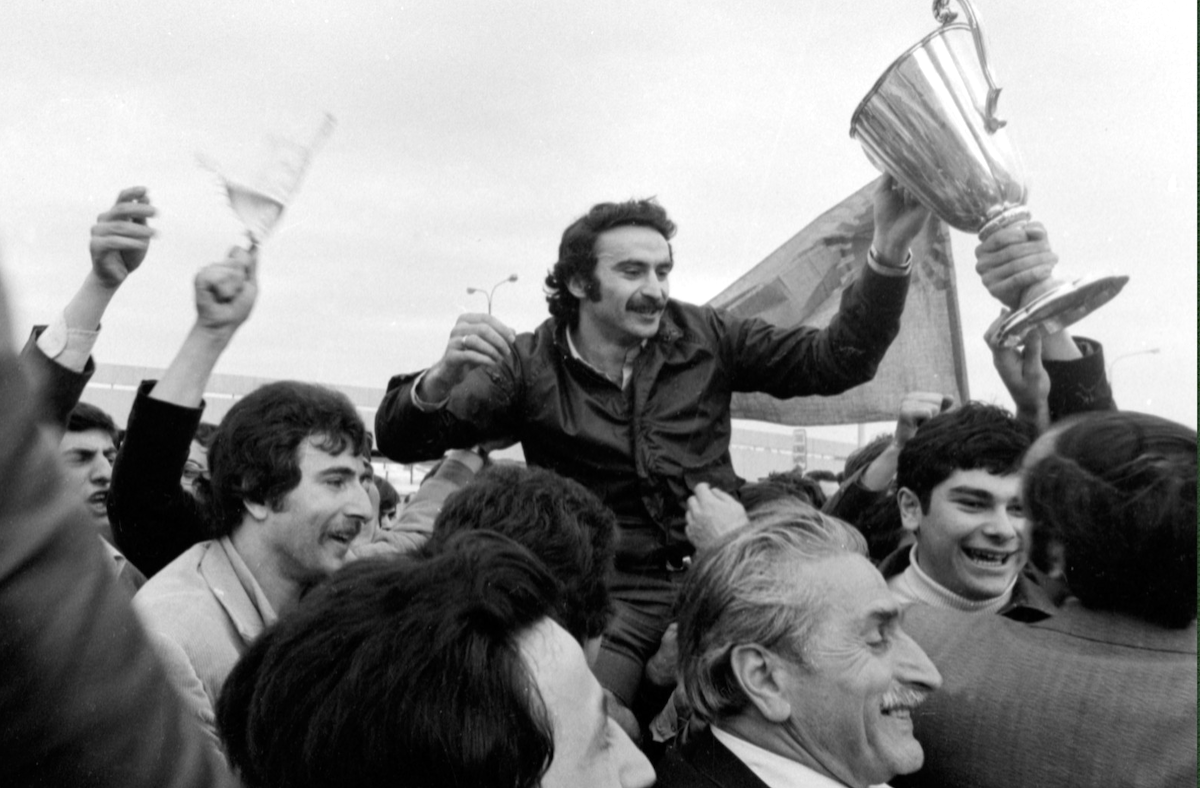 Aka Mortschiladze, born in 1966, is one of the most popular contemporary writers in Georgia. He is also a great football fan, which made life difficult for him in Soviet times: when the USSR did not take part in an international tournament the match was not broadcast. It was a different kind of oppression, which the Georgians successfully fended off.

I hope you like football, or at least you don’t hate it. Whether you want it or not, you’re sure to see some of it on TV. Football fans are luckier nowadays: all you need are the necessary channels, and you can have as much football as you wish on TV, computer and mobile phones. You’re bound to get messages about the happenings at White Hart Lane – someone scored and another player was given a yellow card.

Many might complain there’s too much football and that they’re fed up with it, but those who had craved the game but had been deprived of it will never whine about football being a loyal friend of television, accepting the fact that these two have become inseparable.

However, that wasn’t the case earlier, if you fell in love with the game in the country that, until the ‘great’ Soviet State was about to break up, had never broadcast any match unless one of its teams played – neither the Champions Cup, nor the Cup Winners’ Cup, nor the UEFA finals. In this case the information hunger and regret of missing the spectacle will certainly haunt you from your childhood to your retirement day: you are sorry to have missed those great matches, so you keep looking for them on YouTube, thinking what you might have felt watching them back in those days...

What was the USSR in the 1970-1980s? How did it feel to live there? Officially, it was the country of victorious socialism, ripe for the move into a Communism that should have produced tangible fruits for everyone to enjoy.

But what is communism?

It’s free food for all, nothing else. In those days a food shortage was the main problem. It did depend on the region though. When you lived in the south, you could depend on generous nature: if things got tough, you could always have tomatoes, cucumbers and chilli peppers.

Leonid Brezhnev was the head of state in those years. He was said to be kind, but that might have been in comparison with the hysterical, agriculture-crazy Khrushchev and the infamous Stalin before him.

In the Tbilisi Dynamo heyday, Brezhnev’s Soviet Union had already invaded Afghanistan with the aim of establishing socialism. We clearly see today how successful the move was.

In the meanwhile, the Polish Solidarity voiced protest, but the Soviet Union still firmly believed in its own superiority and invincibility.

From the early days of the Soviet Empire, people with alternative opinions and ideas were spread between psychiatric wards and special labour camps. It was an accepted reality. All kinds of restrictions we…