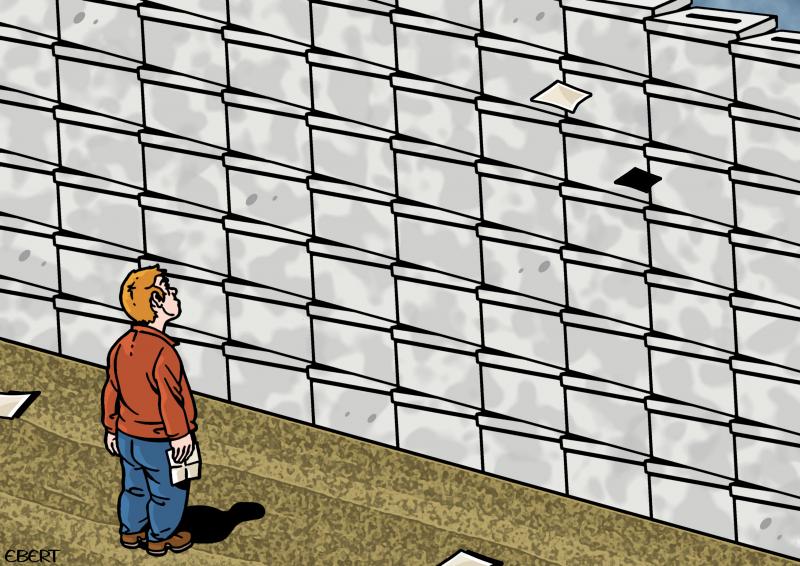 The European Citizens' Initiative Voters Without Borders was launched by a group of Erasmus students on 1st September 2020. What does it ask for? To enable mobile EU citizens, i.e. citizens residing in an EU country other than their country of origin, to vote in regional and national elections and referenda in their country of residence, and to strengthen their existing rights to vote and stand as a candidate in European and municipal elections.

The ECI (European Citizens' Initiative) Voters Without Borders was launched by a group of Erasmus students on 1st September 2020. The latest political upheavals linked to Brexit, and the election of Donald Trump, which paved the way for all future populist leaders, point to a Europe increasingly exposed to the rise of these trends and authoritarian governments.

While at the beginning of the pandemic uncoordinated national measures put an end to freedom of movement, now facing an uncertain future, the ECI, which defends the voting rights of EU citizens, underlines the urgency facing our European democracies and proposes solutions to strengthen them.

An inclusive and pro-democratic initiative

The principle of freedom of movement, so dear to the European Union and its citizens, unfortunately remains imperfect, all the more so as today more and more EU citizens wish to move to another EU Member State. While many obstacles to voting, such as bureaucratic and administrative barriers, prevent expatriate citizens in another Member State from exercising their right to vote in municipal and regional elections, many are ultimately forced to choose between their mobility and their civic rights.

"I've been a Spanish resident for 18 years now and I've been paying taxes in Spain since then, but I don't have a say in the expenses we make because we don't have the right to vote. I own a house, I run a business here and I have no property in the Netherlands, but I have the right to vote there. So yes, it's time we did something about it". This is one of the many stories of 14 million European citizens living in another EU country.

Although mobile EU citizens pay their taxes, send their children to the same schools and use the same services as their national neighbours, they do not remain full and equal members of the society in which they live. Yet it would seem logical that they have the right to be represented on the national and regional political scene, following the principle of 'no taxation without representation' and 'one person, one vote' defended by the initiative.

More : A true European democracy begins with equal rights for all

The Voters Without Borders team therefore believes that current EU-wide rights are no longer adequate and should be reformed and extended.  If this had been the case, with the votes of 3.7 million EU nationals living in the UK and 1.3 million British citizens living in another EU country, Brexit might not have taken place in the 2016 referendum. It should be remembered that 17.4 million citizens voted in favour of Brexit, and 16.1 million against, in the end, only one million voters made the difference. Moreover, it does not seem legitimate to exclude the citizens most directly concerned by this decision to leave the EU.

Unfortunately, however, the UK is not the only state in this case: five EU countries continue to deprive their citizens of their right to vote after a certain amount of time abroad.

Voters Without Borders, like all ECIs, has one year to collect one million signatures from EU citizens in order to have these three main objectives discussed at the European Commission:

👉 The Voters Without Borders ECI