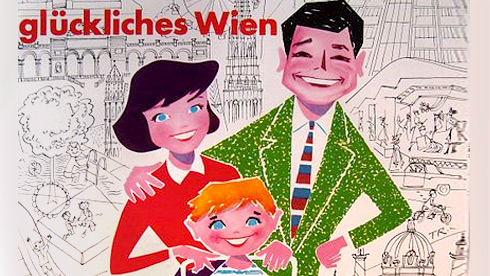 After the September 29 general election, Austria’s grand coalition will remain in power, despite a drop in support for the country’s two largest political parties, who gained little credit for the outgoing government’s good management of the financial crisis and unemployment.

Palpably prosperous Austria is one of Europe’s winners: It boasts the continent’s lowest unemployment and despite world financial crisis and Eurozone turbulence is still eking out growth, attached as it is to Germany’s robust economy and profiting as it does not just from the European Union but especially from the opening of its erstwhile Hapsburg hinterlands after the Iron Curtain fell in 1989.

Yet in elections last weekend, parties who embrace a peculiarly Austrian strain of rightist populism still notched up more than a quarter of the vote — slightly down from 2008, when the rightist Jörg Haider, who died just two weeks later in a car crash, retained sway, but significant nonetheless of Europe’s malaise.

It was a sobering message for the pro-Europe government — the two biggest parties are partners in a centrist marriage of left and right that has governed for much of the last 30 years. Although they have navigated Europe’s economic crisis with some acknowledged skill, they got no credit and each posted their worst result since 1945.

In Austria, it’s not only the anti-Europeans who have prevailed

Despite the good showing of the populist parties in the legislative elections of September 19, "Austria has not fallen into the populist trap," writes Die Welt. According to the German daily, the leader of the Team Stronach party, contrary to the conventional wisdom, is not a xenophobe and therefore cannot be compared to the OPS, the party of the extreme right that came third in the elections.

It is still unclear how this party, which immediately won 4.8 per cent of the vote, will evolve [...] But these are, apparently, different liberals [to those who have failed in Germany]: young and mobile. Enthusiasts, they wave the flag of liberty. With them, a pro-European Liberal party is being represented for the first time since 2002 in Austria’s parliament.