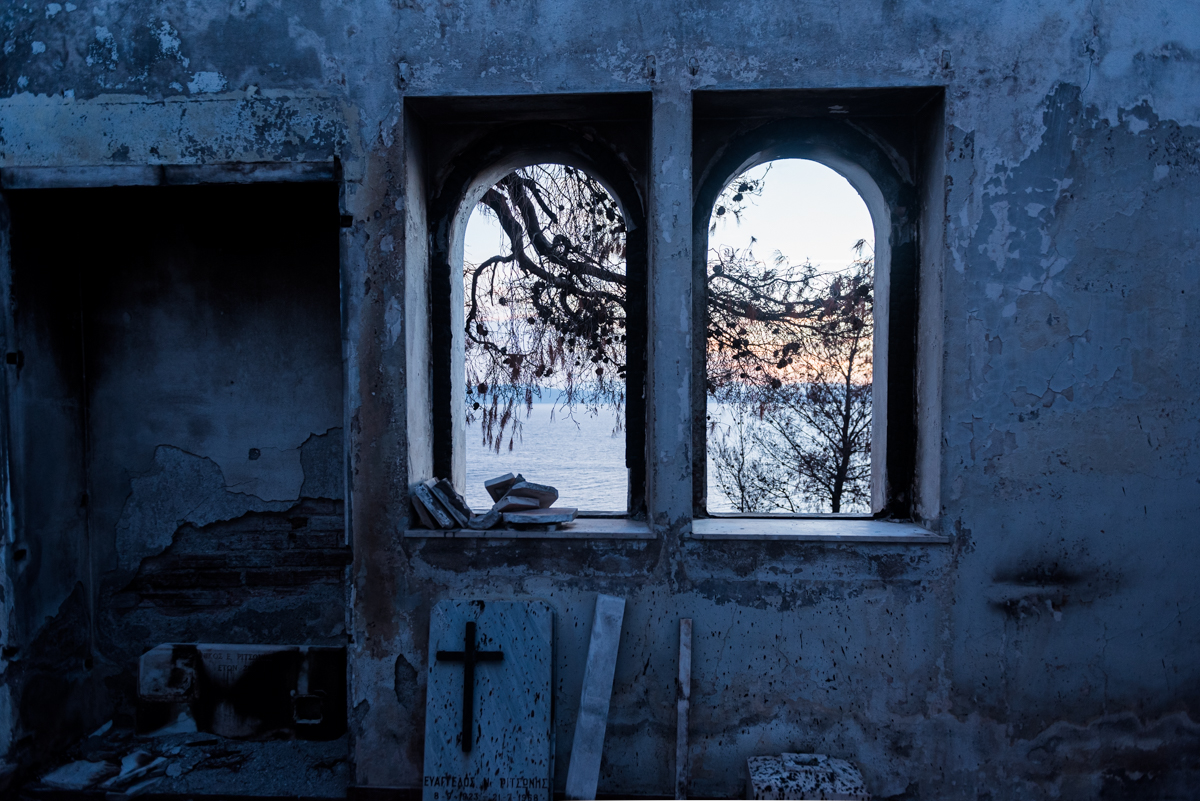 In August 2021, the island of Evia was ravaged by devastating wildfires, which burnt through more than 50,000 hectares of forest and 300 buildings. Five months later, a photographic essay documents an island struggling to recover.

Limni. The Orthodox church that rises above the small town. | Photo: Constance Decorde

In August 2021, the Greek island of Euboea (Evia in Greek), to the northeast of Athens, was the victim of wildfires that destroyed more than 50,000 hectares of forest and more than 300 houses. Its inhabitants – pine-resin collectors, farmers, beekeepers, tourism workers – have lost the majority of their income and are still waiting on the €20 million in relief promised by the Greek government.

Five months later, some of the landscapes on the island are almost apocalyptic, and the impact on many sectors is dramatic. In Limni, for example, where the fires began, Chris Vassiliou’s hangar was completely destroyed. He does not yet know whether insurance will cover the entirety of the damage, which by his estimate stands at 200,000 euros.

Around the seaside resort of Agali, houses, stables, campgrounds and entire swathes of forest have been completely razed. For the inhabitants of this area, it is a real catastrophe, explains George Karamitsos. This farmer, who is also the president of the agriculture and forestry collective of Kirinthos and northern Euboea, lives in the nearby village of Mantoudi; he has returned to the area for the first time since August 2021.

Anna also lives in Mantoudi and is a farmer. She grows cotton, pepper and corn, and raises goats and sheep. One hundred and fifty of her animals perished in the fires. “We were told that we would receive €8,000 to repair our buildings. But it isn’t enough for everything we’ve lost!” she says. Further north, towards Agia Anna, entire forests burned. With them an entire economy disappeared: pine-resin collection, hotels and tourism operations, beekeeping outfits.

The Norman Figs farm, close to Istiea in the very north of Euboea, was not directly affected by the fires. For Katerina and her family, the economic impact is still significant because, due to the very high temperatures, they lost a substantial portion of their production. There has also been an impact on their morale. Katarina believes that the government has not helped them enough. “Help was slow to arrive. It’s the first time that I felt that I didn’t matter enough as a human being.”

All the photographs in this report were taken on the island of Euboea in January 2022. 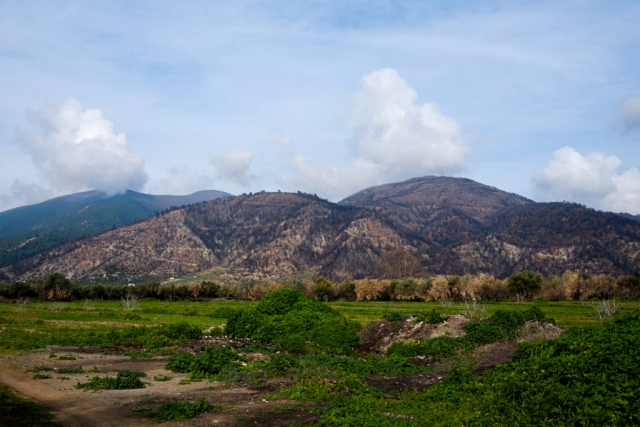 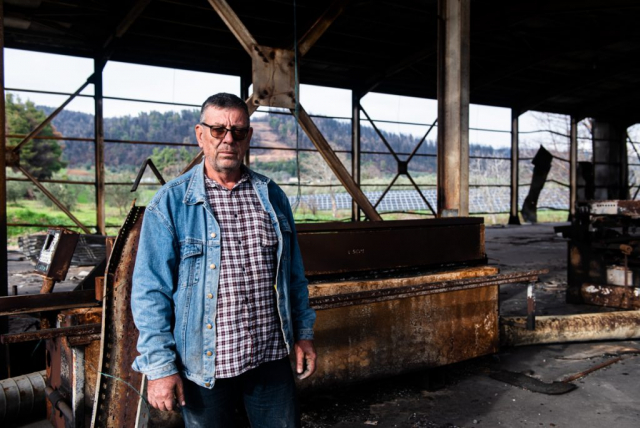 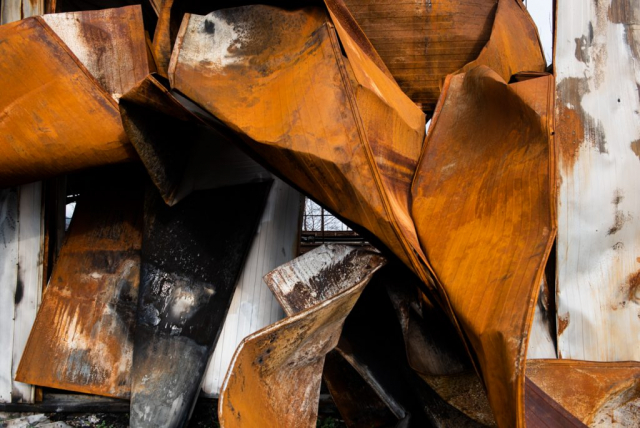 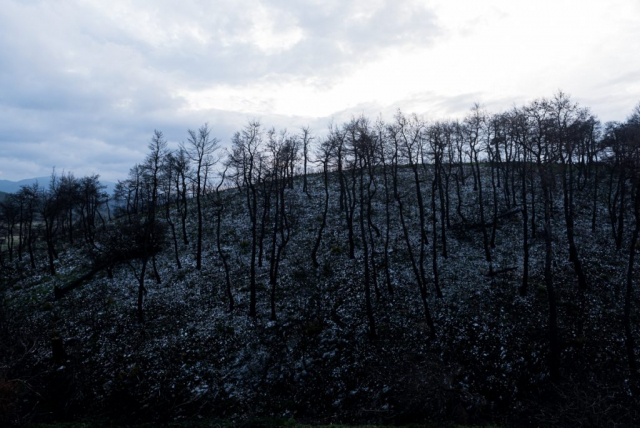 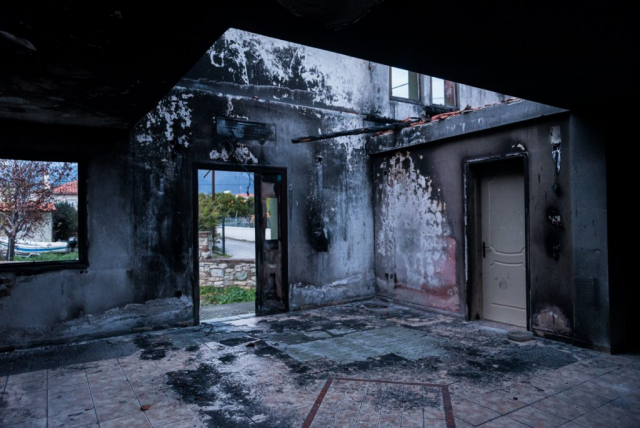 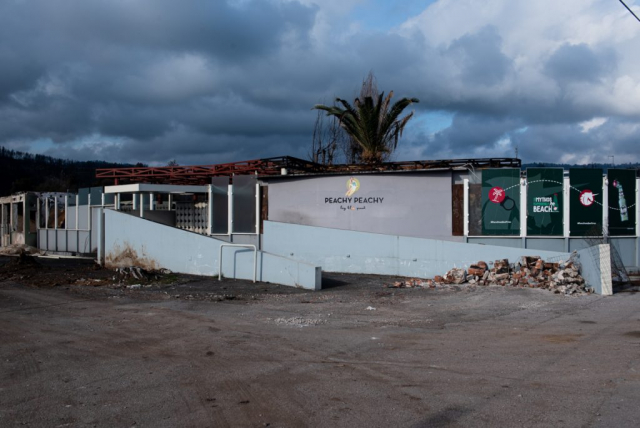 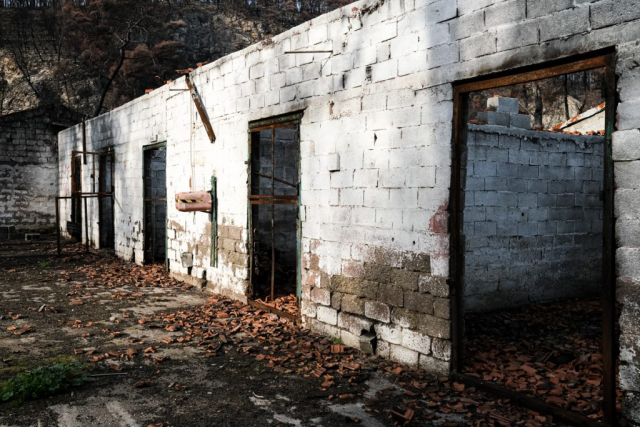 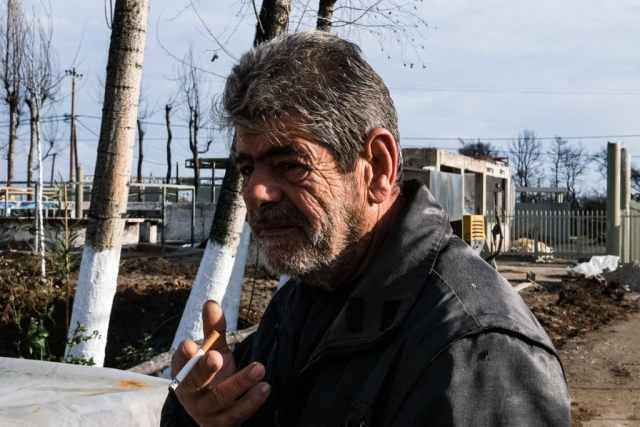 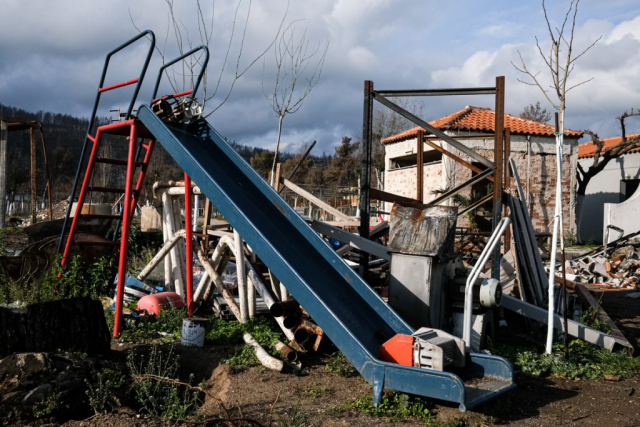 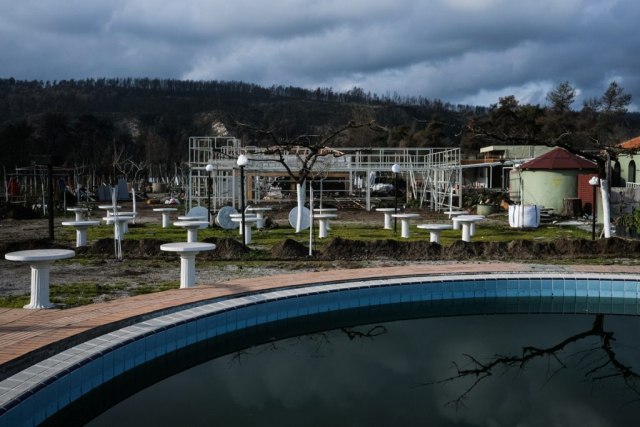 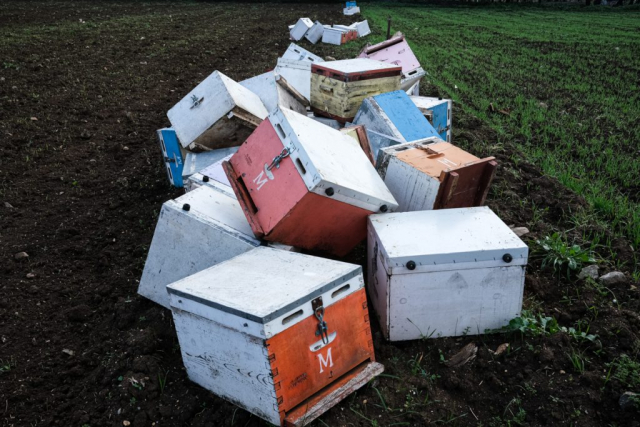 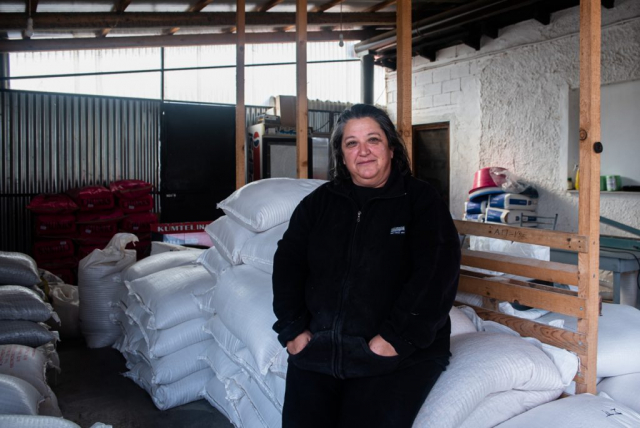 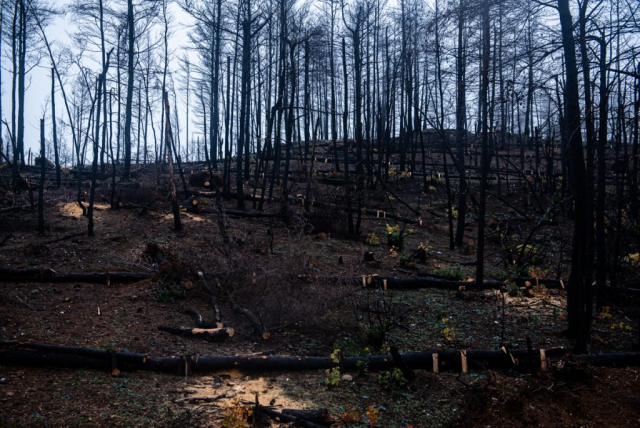 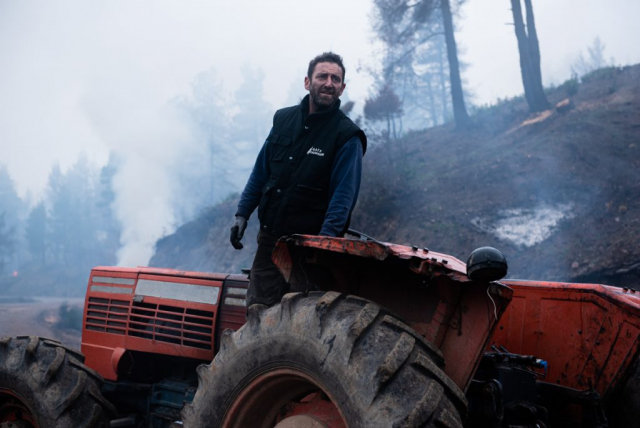 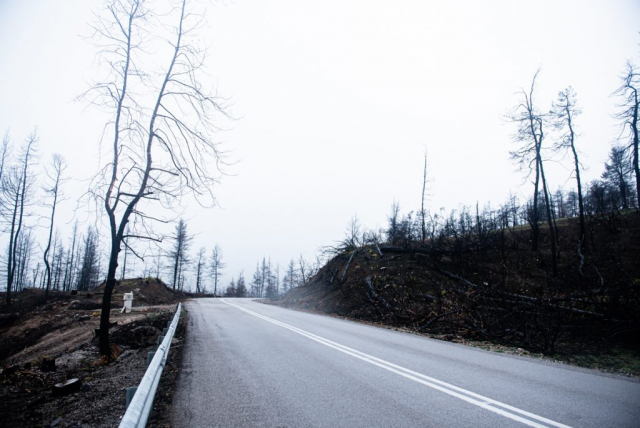 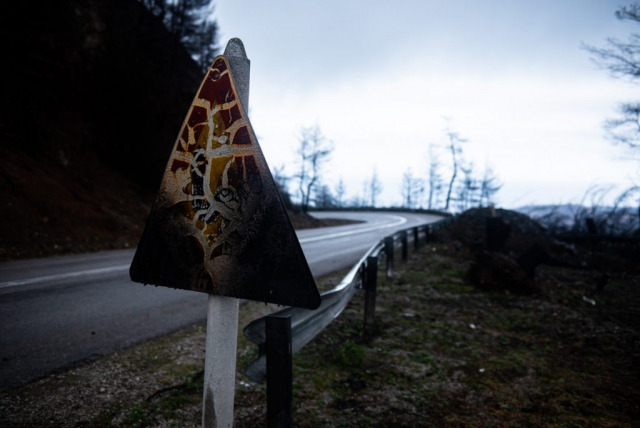 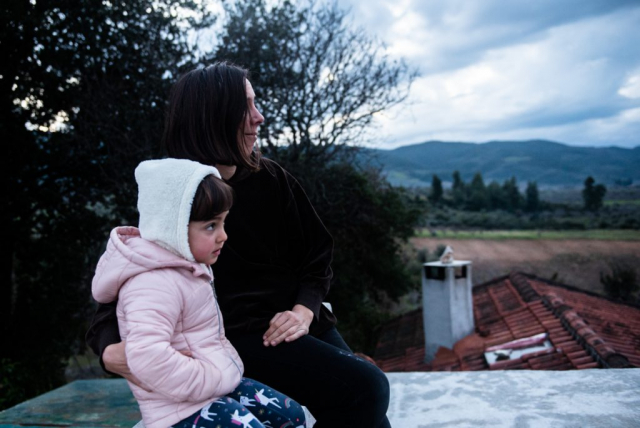 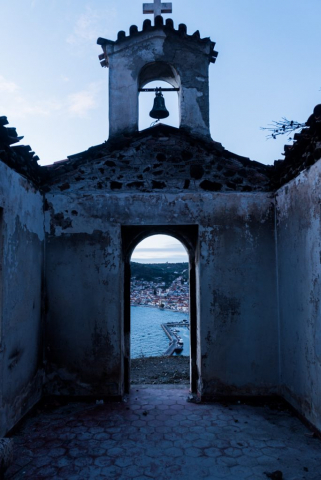 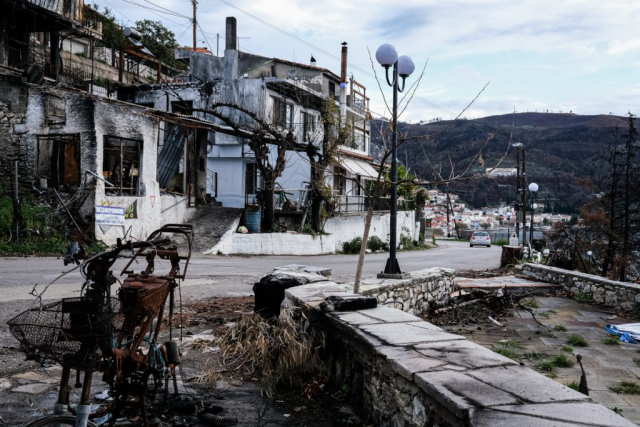 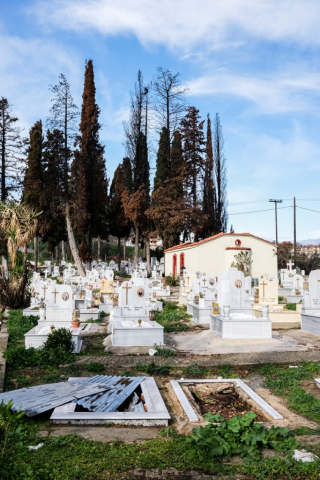 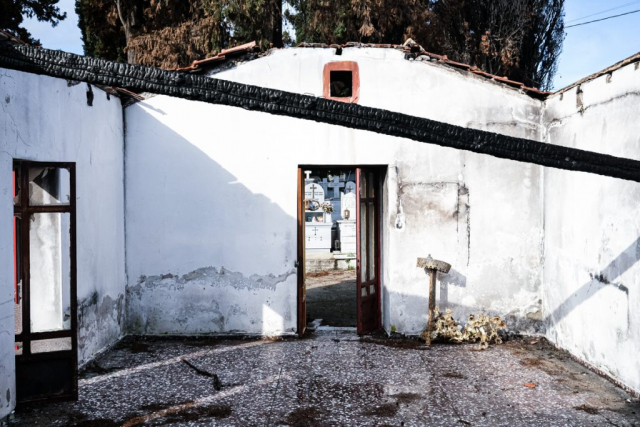