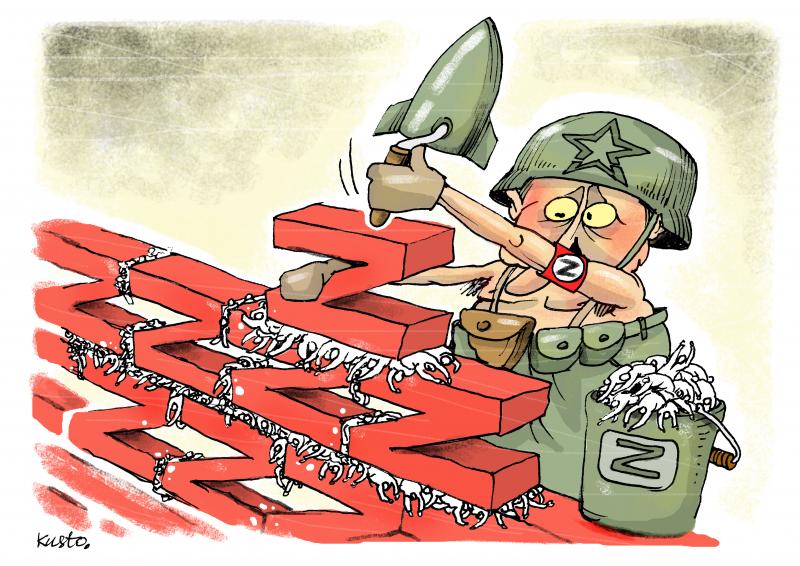 The war began on a Thursday. Long queues of people were seen all around in front of pastry shops. It was the last Thursday before Ash Wednesday, when it is mandatory to feed on doughnuts and angel wings [a traditional sweet pastry]. It’s called Fat Thursday for a reason. While walking on the streets I was looking for signs. Staring at people’s faces. Do they know? Do they care? It was hard to tell. Most seemed just ordinary, tired, absent-minded, bored. Some of those standing in queues were checking their phones. So at least the doughnut-eaters, they must be aware.

“Do not feel safe. The poet remembers. You can kill one, but another is born. The words are written down, the deed, the date” – so wrote Czeslaw Milosz, already in exile, in 1950.

I could not stand it. To do such an ordinary thing, so pleasurable, on the day the war started. The thing with historic days is that they are just like all the others. But a small part of the otherwise ordinary day will be remembered for years to come. What was Stalin wearing during the meeting in Yalta?

With what words did Chamberlain entertain the cheerful crowds when he landed in London fresh from Munich? Which city was the Archduke Franz Ferdinand visiting on the late morning of June 28, 1914? It was Sunday, by the way.

I was walking the streets of my hometown on the historic day and felt horrible. Václav Havel wrote about the “power of the powerless”. I didn’t feel any. I was physically sick with helplessness. Glued to my iPhone and hating myself for it. Suddenly, I was struck with a moment of revelation. Flowers. I can buy flowers. And lay them at the Ukrainian honorary consulate. Coincidentally, it was just one block away. Fortune favours the brave. I felt focused again. Perhaps I could get yellow and blue which will be even better.

The Ukrainian consulate is on the main street, at the very centre of the city. To my surprise there were no protesters, no applicants, no flags. There was a TV camera with two journalists but they were soon gone, having nothing to film or talk about. When I came back with flowers there wasn’t a single soul outside the consulate. It was a relief. I felt half embarrassed and half determined to do something.

In the flower shop yellow flowers were not a problem, but they didn’t have any blue, not even those polyester ones. They must not be in season. Not in February. But they gave me a little blue bird as a decoration. It made a lovely sight and fixing those first flowers to the wall at the brass plaque with the word “Ukrainian” written on it already made me feel better.

Broken Russian seemed fit for the occasion. The broken language of a broken country. A new language – of solidarity, of parallel fate forced upon them, is being formed

It didn’t last long. After two long days and one night at 3 am I started to write to my Ukrainian friends in Kyiv. Some of those chat exchanges were from the era when Facebook was just starting to be in vogue outside the US. I read what we wrote to each other, things long gone, urgent issues forgotten. Those young people I could scarcely recognise, like some ancestors to which we bear some remote resemblance. The last 12 years disappeared, replaced by the realities of what is happening right now.

All around the internet I saw red arrows surrounding the Ukrainian capital and I badly wanted my friends to escape, before it would be too late and Russians would go full Aleppo on them. That Syrian city looked just like Warsaw in 1944, burnt and raised to the ground.

How are you coping and when are you leaving the city? – this was all I wanted to know. The girls – grown women now, with children, who remained girls on my messenger – were adamant. I am not going anywhere. We will fight and win. The city will stand.

They must be fed with all this propaganda, I thought to myself. I knew far too well the way in which the Polish government brainwashed its citizens prior to 1939. The war will be over in two weeks, they boasted. And it was.

You should not be too honest with people under siege. At least I thought you shouldn’t. It is bad manners. And bad for morale. Once you decide you want to go we will get you out. How, precisely, I had not the faintest idea.

I tried to remain optimistic under the circumstances. They must come to their senses at some point. It was the best I could hope for.

With my high-school Russian I forced myself to watch Kremlin propaganda programmes and tried to read Ukrainian news. On Twitter I followed all accounts with “intel”, “war” or “strategy”, feeling almost like a pro, getting most of the news ahead of the Guardian or Financial Times feeds.

From five in the morning, long queues formed in front of passport offices. Not of Ukrainians, but of Poles. With four months until the summer, people young and old suddenly decided they badly needed a passport.

– “Our aunt is pushing us to renew our passports, so we can come to the US in case something happens”, says someone.

– “I know a bridge on the Oder, to Germany. It’s a railway bridge so one can walk across the river, no problem.” This I overheard in a café.

– “You know there were hundreds of condos for sale in Alicante until recently. Some upper-middle-class people from Poland were buying them. Now they are all gone” – a friend explained to me.

– “My uncle bought a house in Spain, just in case, so he doesn’t have to pay rent in case something happens”, another friend told me recently.

People abroad from whom I haven’t heard for years were reaching out to check how we were doing. We were just fine. But not quite. Our son’s passport was valid for less than a month. Refugees often came with no documents at all but that was small comfort. Waiting in line for hours to get it felt humiliating. I didn’t want to offer an easy victory to the aggressors. If you want to scare us, Mr Putin, you will have to try harder.

Within days, the first war refugees were already crossing the border. For the first time since the war I went on a train. I saw them, arriving at the station. One, two bags maximum. All they could carry. Just women and kids. Some of them were waiting for someone to pick them up. The Polish hosts were visibly stressed, but welcoming. How to talk to people who had left everything behind, including their loved ones? Broken Russian seemed fit for the occasion. The broken language of a broken country. A new language – of solidarity, of parallel fate forced upon them, is being formed.

As always, the platforms are being changed at the last minute. A large group of four women and several kids are trying to find a train to Zgorzelec, in the westernmost part of Poland at the German border. They need to change platforms. I carry their bags, missing my train. I have no cash, their train is leaving in 2 minutes, I hurry down to the shop at the train station to buy them some food or drinks. Too late.

Women are hugging each other, they can’t contain their tears. They feel anxious and relieved at the same time. – “Where are you from, exactly?”, I enquire. “Small town, near Kyiv, it’s constantly under fire now. It is called Bucha”. Bucha. I will remember that name. 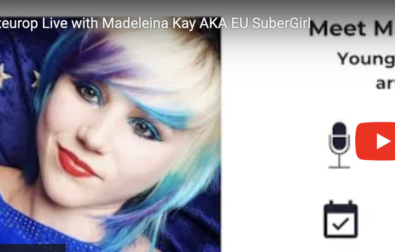