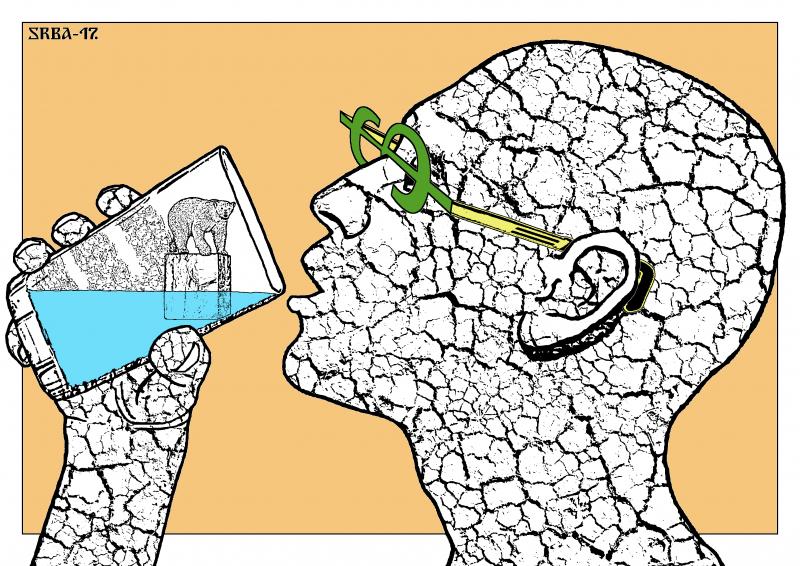 Beyond growth: reinventing Europe to save the climate

While economic growth has been Europe’s battle cry for decades now, it has also been identified as an accelerator of inequality and climate change. If we really want to build a socially and ecologically just economy, we have to radically rethink our idea of economic progress.

It’s September 2021, leaving nine and a half years in the “decisive decade” to change our economic world from top to bottom, to avoid ecological collapse and the consequent humanitarian catastrophe. In this context, continuing to pursue infinite growth is clearly a self-destructive and irrational economic strategy. The recent joint IPCC-IPBES report recommends “moving away from a conception of economic progress based solely on GDP growth” to preserve biodiversity and ecosystems. The new IPCC report posits a viable climate scenario (the shared socio-economic pathway 1) that envisions a world where “the emphasis on economic growth shifts toward a broader emphasis on human well-being”.

More : Eloi Laurent: ‘Time for an alliance between social justice and ecological sustainability to take over’

But isn’t GDP growth essential to sustaining purchasing power, social policy and overall prosperity, especially in Europe? While moving beyond growth is in our own best interest, can we really afford such a move? In a recent paper for the European Trade Union Institute, I argue that we really can.

Managing climate transition with GDP as a compass is like trying to grab hold of an object with your hands while continuing to push it further away with your foot.

This supposed co-dependency between the welfare state and growth is mediated by two key nodes: growth and employment, and growth and income. In theory, the first node guarantees that when Gross Domestic Product (GDP) grows, so does employment, allowing social contributions to increase and social policy to be properly financed. However, this is no longer the case: Germany has been widely considered the European success story when it comes to employment and growth for at least the past thirty years, yet the longest and strongest employment upswing in the country of the past half-century between 2006 and 2018 was accompanied by a decline in real GDP.

More : The European Green New Deal should not come without social justice

This absolute decoupling is also true for the euro area as a whole, with real GDP growing and employment declining (for exampl…