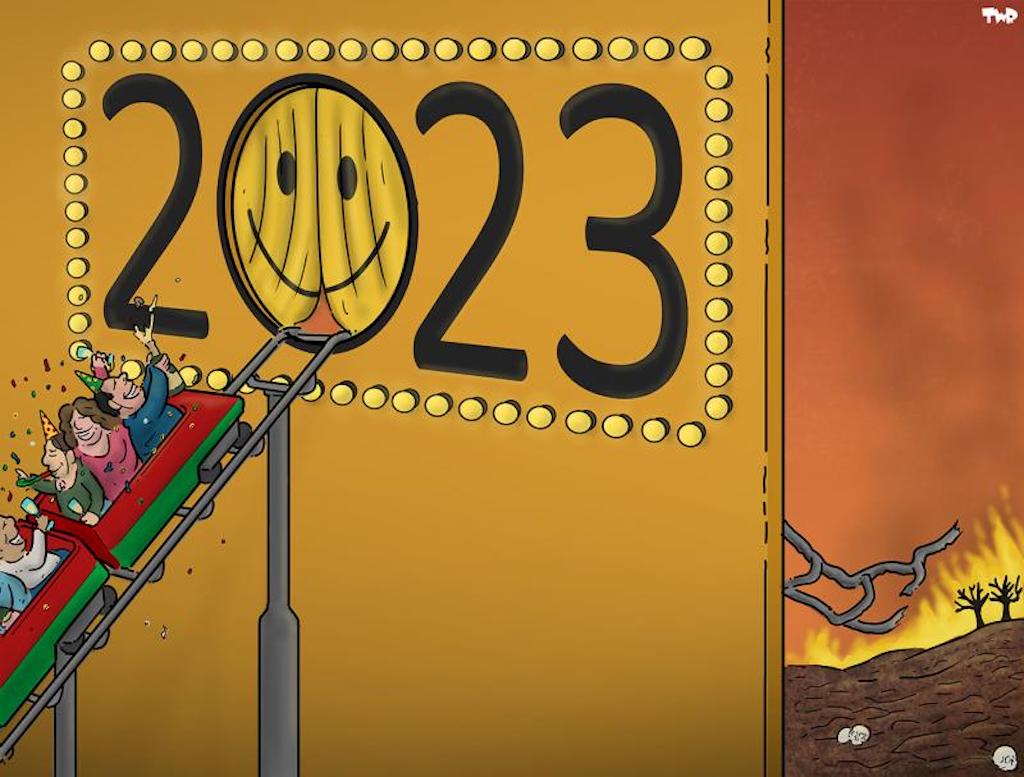 Emancipating on defence and energy, without falling into the illiberal trap

The war in Ukraine and the ensuing energy crisis have upset the balance of power on the Old Continent. The relationship with the United States and Russia, particularly in terms of defence and energy, has also changed. This new situation is forcing Europe to adapt in a hurry, if possible without being hijacked by populist movements.

This year saw the fifth crisis of the nevertheless still young century. After the terrorist attacks of 9/11, the Great Recession, the so-called “refugee crisis”, and the COVID-19 pandemic, 2022 brought the Russian full-scale invasion of Ukraine. This provided politicians with the opportunity to finally declare the pandemic over, despite continuing high numbers of cases, but also confronted them with new challenges in areas that they had tried to ignore, or at least depoliticize, for decades – notably the closely interconnected fields of defence and energy.

Although defence and energy are closely linked to the issue of national sovereignty, within the European context they are fundamentally international. And they confront Europeans with a very painful reality: Even though the European Union is the third largest economic power in the world, it is heavily dependent upon the United States for defence and on Russia for energy.

The Ukraine War has forced Europe to finally address these fundamental vulnerabilities, which are not just challenges for individual countries but also for the EU itself.

So far, most of the world is in crisis mode. As the EU has implemented economic sanctions against Russia, and Vladimir Putin’s cronies, much of the rest of the world, in particularly in the so-called “Global South”, has joined more in words than deeds. As a consequence, the sanctions did not have the expected results, something the stricter December sanctions hope to remedy. Irrespective of the outcome, defence and energy will be on the top of the European agenda in 2023. It is crucial, however, that these challenges are confronted without falling into the illiberal trap.

The Russian full-scale invasion of Ukraine hammered home that Europe remains completely dependent upon the US for military protection. Even in terms of military support for Ukraine, European countries are almost inconsequential. Not only did the US pledge about five times as much  arms/weapons transfers to Ukraine as all European countries combined, the United Kingdom alone offered more than the total of all EU countries!

Although President Joe Biden enlarged the already massive US troop presence in Europe, the continued dependence on the US is a (too) risky strategy for Europe. Donald Trump was exceptional in the bluntness of his critique of NATO, and the lackluster financial commitments of its European members, but these sentiments run deep within the Republican Party.

In line with weak support among the base – only half of all Republicans think the US should support Ukraine “for as long as it takes” – various Republican leaders have criticized the US aid packages to Ukraine. And now that the party controls the House again, there is a good chance that they will oppose Biden’s alleged “blank check” approach to Ukraine more actively and effectively.

However, it is crucial for Europeans to understand that “Europe fatigue” is a bipartisan issue in the US. Joe Biden is literally a politician from a bygone era, a Cold War veteran who has invested decades of his career in building and strengthening transatlantic relations. The current Democratic Party is much less Eurocentric, representing a multicultural electorate whose cultural connections are more to Latin America and Asia than “the Old Continent”.

Moreover, for several years now, China has been seen as the “top threat” to the US, and this one of the few bipartisan positions left in the country. In fact, Biden ran an even more aggressively anti-China campaign than Trump in 2020 and his administration has made it clear that it sees China as “the only competitor” for global leadership. If anything, the weak military performance in Ukraine has only confirmed Russia’s secondary status in Washington.

All of this means that Europe must develop its own military capacity, and sooner rather than later – imagine the Ukraine War under a second Trump administration! While this is increasingly acknowledged by European governments, most of the proposed measures are modest at best. For instance, most countries merely pledge to finally live up to the NATO norm of spending 2% of GDP on defence.

And although the Ukraine War has highlighted the dangers of relying on illiberal regimes, the EU seems not to have drawn that lesson yet