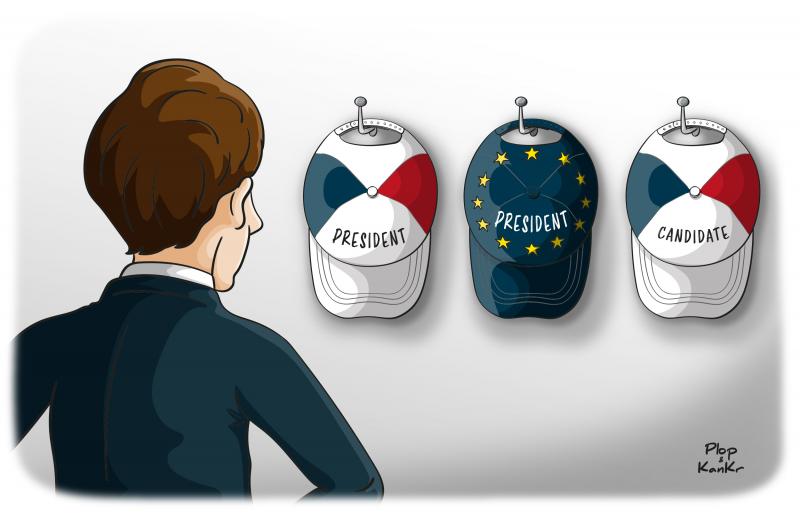 A man of many hats

As France took over the rotating presidency of the Council of the European Union on 1 January, it was already busy preparing to carry out Emmanuel Macron's major plans for European policy: reform of the Schengen area's borders, budgetary review, European defence, etc. Ambitious objectives for the self-assured Europhile, who intends to make the most of the French presidency until it ends on 30 June 2022.

While the EU Council presidency is an opportunity to push specific issues onto the EU-27 agenda, it is also an occasion for Macron to prove himself the strong man of the EU in view of his probable candidacy in the presidential election scheduled for next April. The timeliness did not escape the attention of Macron’s French opponents, who quickly accused him of using the rotating presidency for electoral purposes.

But if the Council presidency has its advantages, it is not without its dangers. If he wants to take advantage of any electoral boost, Emmanuel Macron will have to recall the value and necessity of a united Europe to a rather Eurosceptic French population, and above from the rotating presidency with a positive result - all in just a few months.

You can unsubscribe at anytime *
Categories
EUEU policiesFrance