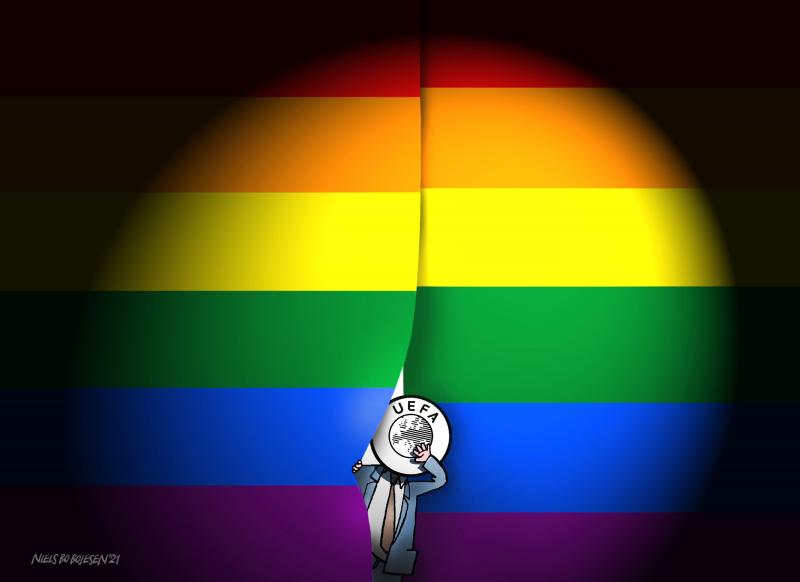 Homoliberalism is not the answer to homophobic nationalism

Governments, companies and organisations denouncing the violation of LGBTQI+ rights in other countries, like recently Hungary during the Euro 2020 football championship, should refrain from cheap “pink washing” and act to protect LGBTQI+ communities abroad and at home, says political scientist (and football fan) Cas Mudde.

Don’t get me wrong, as a supporter of liberal democracy, gay rights, and, yes, Die Mannschaft I loudly celebrated Leon Goretzka’s equalizer against the surprisingly strong Hungarian side, as well as his “One Love” celebration, but I also do share some of New Statesman’s international editor Jeremy Cliffe’s discomfort with how Hungarian players and supporters were held collectively responsible for the intolerant policies of their authoritarian leader. In fact, the whole “liberals versus Hungary/UEFA” struggle feels a bit off.

Deeply queasy about the way the Hungarian football team is being made an international proxy for the homophobic policies of the Orbán regime. https://t.co/XlbUZe1d4s

Of course, like most big sports associations, UEFA is incredibly hypocritical in its selective approach to mixing football and politics. Leaving aside that all sports are politics, as they are always expressions of cultural and political norms, an international tournament of teams representing political units like the state are by design deeply political. But UEFA itself is promoting an “Equal Game” campaign that “fights discrimination” on the base of (at least) gender, race, and sexuality, a profoundly political issue in today’s polarized world. And, yes, Hungary’s authoritarian strongman Viktor Orbán has explicitly made football part of his nationalist and populist campaign, investing massive amounts of public money in privately owned stadiums. But I want to focus on the less noted hypocrisy of the other side.

For over ten years Orbán has been assaulting liberal democracy in Hungary, facing little to no serious opposition as he undermined and weakened the rights of migrants, women, and workers. And now, not just because of the new draconian law that criminalizes “LGBT content” in schools but seemingly even more because of the politicization of this issue in the EURO 2020, it is “too much” for a majority of EU member states? Are “gay rights” really so important to these politicians or is there something else at play here?

More : Your favourite team has lost again? The Mafia might have fixed the game

As many activists have noted, and criticized, for years now, “gay rights” has become a new marketing tool for businesses, politicians, and states. Companies are “pink washing” by using the rainbow colors in their logos and products, hoping to make them more attractive to liberal and young segments of the population. This makes sense, as for many products, and in many countries, the benefits of this value signaling are potentially significant and the costs low. But the benefits for actual gay rights are also low. Take BMW, which embraced the rainbow colors ahead of the Germany-Hungary game, but also invested more than 1 billion dollars in a new car plant in Hungary a fe…