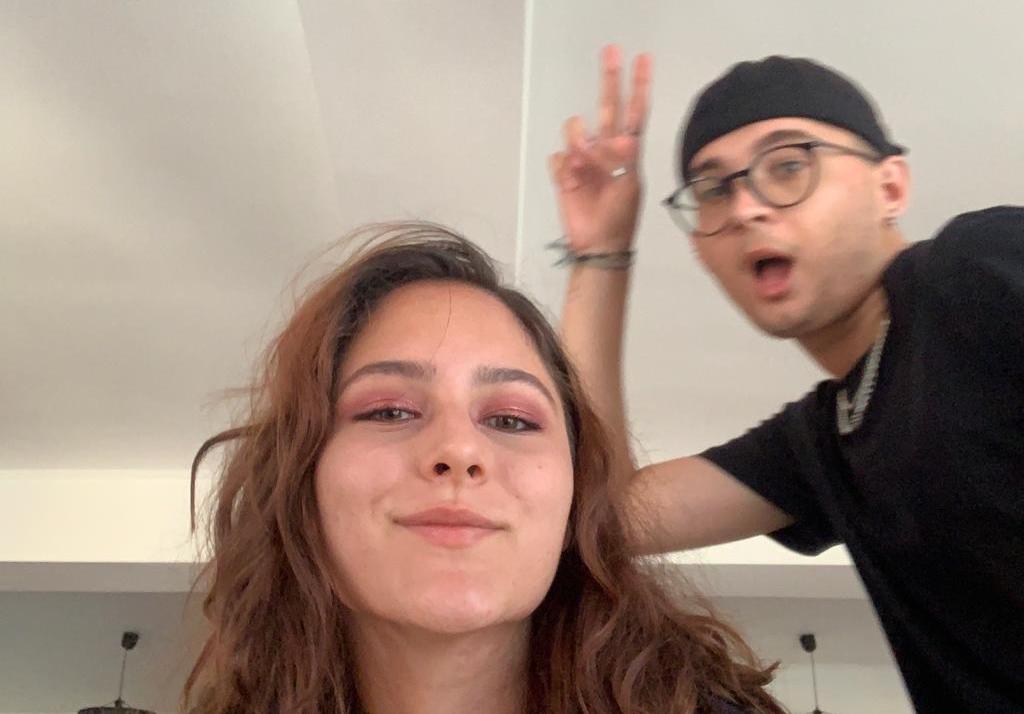 Absence of social contact, lack of support from staff and teachers, and sometimes even abuse... For their very first year at university, Vladimir and Cătălina, like so many other Romanian students, had a difficult time. With a strong and possibly lasting feeling of loss.

In January this year, almost four months after he started studying Communication and Public Relations at “Babeș Bolyai” University in Cluj-Napoca, Vladimir Ciobanu finally got to know his classmates. It happened after his friend Cătălina Perju came to his house and dyed his hair blonde – a dramatic change of look – and posted some pictures on InstaStories. People replied and Vladi kept some conversations going. That’s when he found out that one girl was actually living just across the block.

Vladi and Cătălina know each other from high school – they were classmates in Bucharest, where they became good friends, and last year decided they were both going to Cluj-Napoca at university. Cătălina studies Journalism at “Babeș”. But just two weeks before the courses were due to start, they found out that the first semester was going to take place online, because of the pandemic (the second ended up the same way). Vladi had already rented his apartment in Cluj-Napoca, so he decided to stay. Cătălina, on the other hand, who planned on staying in the student campus, came back to Bucharest.  “We had planned to be together in Cluj from the beginning and it was weird [to be separated]”, she says.

In Romania, every university was free to decide if they were going to teach face to face or online. Most of them went for the latter. It was a little bit of consistency when compared to the situation of schools, which kept switching between online and face-to-face learning in line with the changing epidemiological context. But it also revealed underlying issues in the system.

One specific problem was the availability of rooms in student campuses. Every year, around 100,000 students choose to live there, because it’s the cheaper alternative to renting apartments and offers more social contact. Because of Covid-19, availability was drastically reduced so that social distancing measures could be followed. At “Babeș Bolyai”, for example, only 1,800 out of 6,700 rooms were still available, and most of them for masters, PhD and foreign students. Students who had rented apartments before the decision to go online lost two months’ rent, which they had paid in advance. Many chose to return home to their parents.

Cătălina managed to get a room in the campus only in February this year. At first, she didn’t feel like decorating, hanging posters or moving furniture around. It seemed more like a place of transit, somewhere she could sleep before going home to Bucharest, to her parents’ house – which sometimes meant a 6-hour car ride or, worse, a 12-hour train trip. “I was neither fully here, nor there”, says Cătălina. She was also feeling alone and the place didn’t feel like her own at all. She heard stories about the real “student life” from older students.

“Everybody tells you it’s the best time of your life, with the most adventures. And when you don’t get that, it’s disappointing. Especially because it’s not our fault”, says Cătălina. For Vladi, it was all about loneliness and staring at a screen. “It felt like I bought a couple of online courses and let them play in the background. Or like listening to a podcast. That was the first year of university for me.”

On one hand, some teachers didn’t really adjust their methods for online learning. Vladi keeps hearing older students talking about this great teacher who used to bring sweets and have fun with interactive lessons, but all he’s seen are some slides she reads on Zoom. The seminar is over in 20 minutes, he says. Cătălina was hoping to do some real reporting, but had to settle for news writing based on YouTube videos or watching TV. “All I could do was interview people at the mall and write a piece of news about our rooms getting flooded after a powerful rainfall”, she says.

A study carried out at the beginning of the pandemic found that 59% of students considered online classes “worse” or “way worse” than face-to-face ones. At cause was the lack of interaction with others and the fact that students did not have access to the libraries and had to do more work individually. 49% had trouble reaching university staff for administrative issues and 46% said their communication with teachers was more difficult.

But online classes also revealed abuses by teachers and sparked public debate about their accountability within the Romanian education system. One teacher from the University of Bucharest was fired after videos surfaced of her insulting, humiliating and harassing her students. An investigation was started at the University of Medicine and Pharmacy in Bucharest after a teacher was found to be shouting at and demeaning her students during online lessons. Former students of the two began to speak up about the abuse, which had been happening for years.

It was just more evidence that students in Romania have little voice, both at university level and below. Another study conducted by the Ministry of Sports and Youth from 2018 to 2020 showed the falling level of trust by young people in the institutions of state – and also in other people. “Half of young students think it’s better not to trust anyone and believe that nobody cares much about the people around them”, according to the study. This vicious circle means people who are less likely to be civically involved or to try to generate change.

Cătălina has been feeling the frustration about things she cannot control and was not asked about ever since last year. Then, she was finishing high school but had no say in how the authorities handled the national exams. She and Vladi are the generation that didn’t properly finish school, and then went on to face this “weird year”, as Vladimir puts it. “We didn’t have an end in order to have a beginning”, he says.

This generation has experienced a loss not shared with other generations. “Firstly, the feeling changes your entire reality. Secondly, it keeps reminding us of what we’ve lost”, says psychologist Diana Lupu. For the generation of Vladi and Cătălina, there was no transition to student life. “Where are the moments that give you closure and let you begin a new chapter?”

Vladi wished he could go to actual classrooms, to listen to an annoying teacher at 8 a.m. – among all the other things that older generations were complaining about. “We imagined parties, meeting people. None of that happened. This year, it was incomplete.”

In collaboration with the Heinrich Böll Foundation