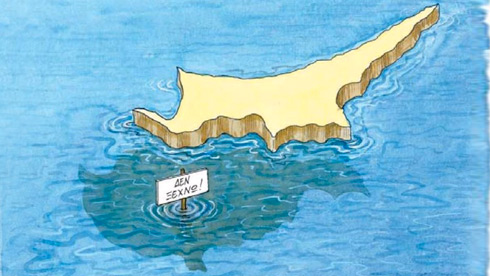 The worst is yet to come

Six months after the banking crisis that nearly caused the collapse of its economy, Cyprus is not out of the woods yet. Caught in the stranglehold of tight credit and austerity imposed by the troika, the economy is sluggish and the climate morose.

There are no more daily demonstrations in the centre of Nicosia, there are no more queues at cash dispensers and there are no more journalists from the BBC or CNN reporting live in front of the Parliament. Yet, living conditions for the people of Cyprus are worse than they were six months ago when the crisis was at its height. For many, the worst is yet to come.

On March 15, the President of Cyprus and the Eurogroup announced that they would levy a tax on all bank deposits setting off a crisis that closed down banks for two weeks. This was followed by the imposition of regulations on capital movements as well as on the Cypriot economy and society. A chain of events ensued that were, after all, predictable: the weakening of the banking system; austerity imposed by the Troika, followed by acute contraction of the economy accompanied by skyrocketing unemployment.

Following down the path already trodden by Greece and Portugal, Cyprus – a small country used to decades of high standard of living and to being immune to crises and to extreme poverty – is now about to discover a much different world. "All levels of the population are affected from the poorest to the wealthiest. For the disadvantaged, hardship and despair have reached a level not seen since the Turkish invasion of 1974," says Dinos Papakyprianou who owns a small firm that imports capital goods.

Six months ago, in the streets of Nicosia, when we first met Dinos, he was worried, impatient to see the banks reopen so that his firm could honour its commitments. Today, contacted by phone, Dinos is more resigned but also more pessimistic. He anticipates that things will get worse. "I’ve decided to reduce my volume of activity and thus my financial risks – to bring them down to the minimum. There is a simple reason for this: when a new problem arises, I will not risk losing all I have gained in 32 years of work. [[I prefer to be prepared for a new crisis like the one six months ago, I’ll decide what to do when the time comes]].

Dinos’ decision says a lot about what the Cypriot economy is going through. Cooled by the events of last March (with the creation of a tax on all bank deposits and onerous haircuts on deposits over €100,000 held in the island’s two largest banks), businesses are not investing, households are consuming the bare minimum and economic activity is plummeting.

The recession in Cyprus today is the most severe in the entire European Union, worse than in Greece. In the second quarter of 2013, the GDP shrank by 5.2 per cent compared with a year earlier, (according to Eurostat figures ). That represents the worse rate recorded on the island since the Turkish invasion. The unemployment rate, which in March was already a record 14.9 per cent, has risen constantly ever since to reach 17.3 per cent.

On Friday, September 13, after Parliament had laboriously approved some measures demanded by the Troika, the Eurogroup released an allocation of €1.5bn from a total loan of €10bn. "We are out of the danger zone," says Cypriot Finance Minister, Haris Georgiades, for whom Cyprus "is today in a stabilisation phase". This optimistic view is not shared by all economists.

"It is true that in macroeconomic terms, the recession is less serious than originally feared, but in the financial sector, things are, on the contrary, worse. There are banks that are not yet stabilised. And this means that we run the risk of seeing the global situation deteriorate further as credit gets even tighter," says Antonis Ellinas assistant professor of political science at the University of Cyprus. For him, the possibility of an exit from the euro is still on the table.

"Many doubt the efficiency of the Troika’s programme because it’s not clear where growth will come from. An exit from the single currency remains an option among others, because if the situation deteriorates further, a greater number of Cypriots will want a return of the Cypriot pound which they remember as a stable currency;" he says.

This view is shared by Bernard Musyck, a Belgian economist living in Cyprus. He thinks a new [[deterioration is more probable than the beginning of an improvement]]. "In the public sector, due to pressure from the troika, there have been some changes. But the private sector, is still in denial phase, although not for much longer," he says, taking the banking industry as an example. "The Bank of Cyprus took over the Laiki Bank, but there have been no layoffs. The arrival of Russians in the management will signal the first layoffs and the bank will open in the afternoon, which is not the case currently," he adds.

Furthermore, the government is preparing to privatise several sectors such as electricity, telecommunications and port administration, which will lead to additional layoffs and lower wages in the short term.

The outlook is even murkier when one thinks of the two things that could allow the Cypriot economy to take a turn for the better – but which will not be happening any time soon.

The first would be renewed public confidence in the actors of the banking sector. Yet, today, the only thing that prevents a run on the banks is the regulations on capital flows that remain in force (when the banks reopened in March, the government promised, at the time, that the regulations would only last for a few weeks). "Currently, all we can do is release 20 per cent of a term deposit when it matures," explains Bernard Musyck. He forecasts that restoring confidence will be a long-term process.

The second reason for hope is that the gas reserves recently discovered off the coast of Cyprus can be profitably exploited. The problem is, according to the experts, that it will take five to seven years before this resource produces real economic benefits. That is too long to ensure that another generation of Cypriots will not be subjected to the same spiral of unemployment and poverty as those who lived through the 1974 war.