Analysis Europeans and the pandemic 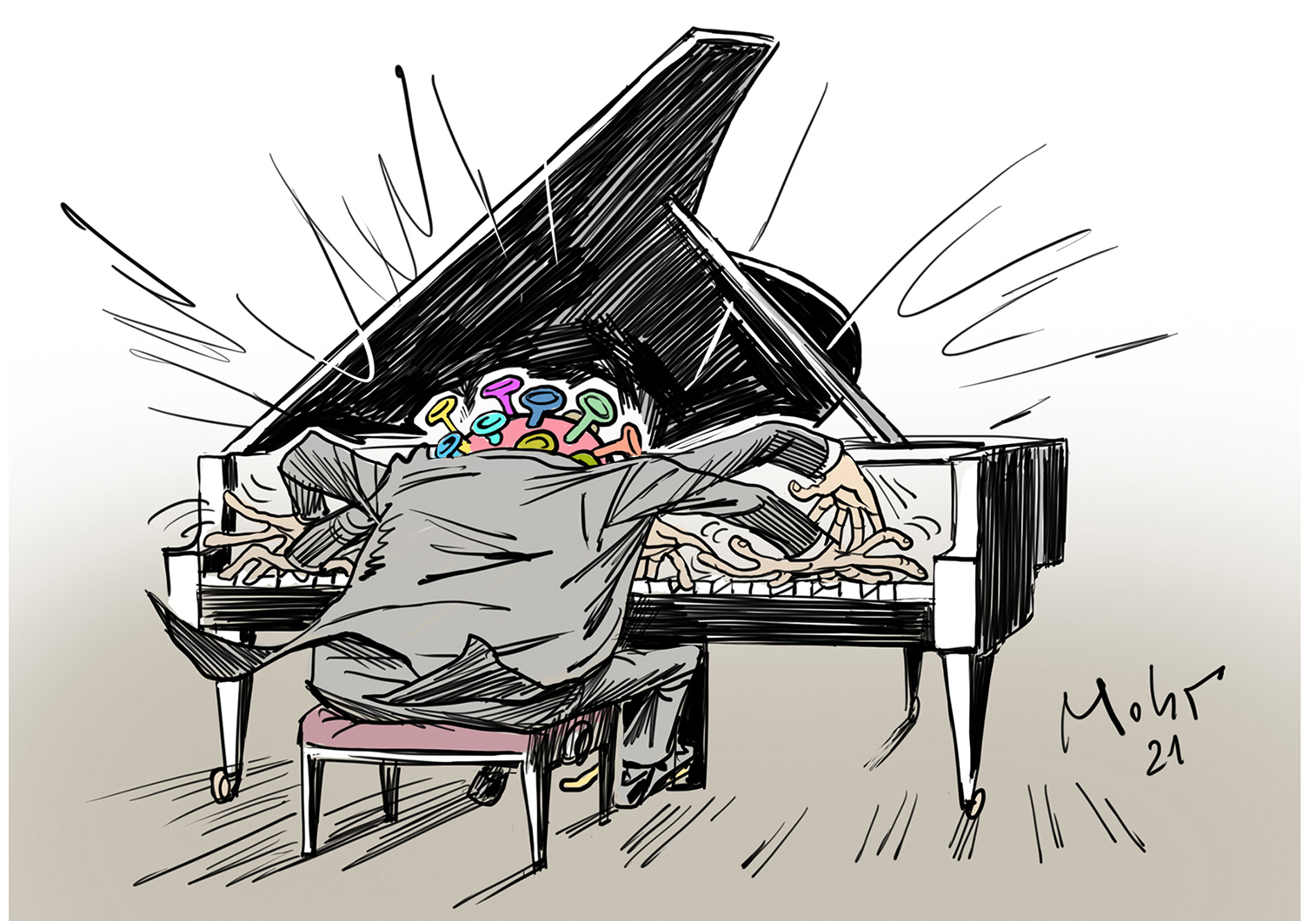 Analysis Europeans and the pandemic

The lesson from a year of Covid: move on, Europe

The pandemic that started in Europe one year ago this week has put the EU on a test. If it wants to pass it, it should focus on its ability to deliver to citizens, starting from vaccines.

A year ago this week we learned with astonishment that Italy was going into a national lockdown to fight some weird new virus that had apparently come to us from somewhere in China.

Within a fortnight, Spain, France and Britain had followed. Now here we are, a year later, still in a state of emergency. We work at home and live online. Our children have become babyzoomers. 'You're on mute!' is the most frequently heard sentence of our time. Facemasks and 'social distancing' from other human beings seem almost normal.

Our languages have acquired a whole new viral load of images: 'second wave,' 'flattening the curve', 'herd immunity', 'the British variant'. Demographers will trace the long-term effects of this year of Covid for a century to come. Some say there is already a Generation C.

There have been other moments of shared European experience, such as 1968 or the end of the Cold War, but to find one that simultaneously impacted so many Europeans so personally you must go back to the Second World War. When else since 1945 have we been so conscious that our individual actions, and those of our governments, can directly determine whether we, and those we love, will live or die? Yet this time we Europeans have been fighting not each other but a common enemy: that fiendishly mutating spiked virus, a Hitler in the bloodstream, a Stalin in the lungs.

The common external threat should have pulled us all together. But has it? And what will happen as any immediate solidarity fades and differential long-term impacts become apparent? Will the European Union ultimately emerge stronger or weaker? The answer lies not in the stars but in ourselves.

More : A corona-year (never) to forget

Thus far, the EU's response to Covid has chalked up one great success and one great failure. The success is last summer's agreement on a seven-year  budget and a dedicated European recovery fund (a.k.a. Next Generation EU) with a combined total of more than €1.8 trillion. Introducing shared European debt, the recovery fund was the greatest step in economic integration since the introduction of the euro. It offers the possibility for the EU to help all its member states recover economically and 'build back better'.

The great failure has been the attempt to demonstrate that only the EU can deliver vaccines quickly and equitably for all member states. The German finance minister has elegantly described the European commission's performance on vaccine procurement as 'really shit'. Germany's leading tabloid, Bild, delighted Brexiters with a front page headline telling the Brits 'We Beneiden [envy] You'. (The Sun riposted 'Wir Beneiden Dich Nicht...over the EU vaccine shambles', which may at least have done something for Sun readers' knowledge of German - although it should have said Euch, not Dich.)

Now Hungary, Poland, Slovakia and the Czech Republic are off getting vaccines from China or Russia, while Austria and Denmark are developing a vaccine partnership with Israel.

Moreover, this was to misunderstand from the start what the EU does well. Its forte is what the American scholar Andrew Moravcsik calls 'incremental and technocratic policy-making'. The key word there is incremental. Because the EU is so complicated – having to take account of the views of 27 national governments, three different Brussels institutions and several European party groupings – it is unavoidably slow-moving. Its rather small bureaucracy is also exceedingly bureaucratic. But what was needed here was speed, a willingness to take risks, and putting lives before red tape. Brussels would have done better to take a more modest, facilitating role, supporting those poorer and smaller states which would otherwise have been disadvantaged in the scramble for scarce vaccines.

The main lesson to be learned? For the next three years, the EU must have a single-minded focus on delivery. An EU-wide opinion poll recently done for my research team at Oxford university underscores what other analysts have also found: the EU's legitimacy derives more from what it delivers than from the political and institutional process by which it gets there. Thus, while a large majority of our respondents said it is important to have a European Parliament, no less than 59% agreed with the statement that 'as long as the EU delivers effective action, the presence or absence of the European Parliament is of secondary importance'. Delivery is all.

The next step is a so-called 'green digital pass', allowing Europeans who have been vaccinated to travel around the continent again. Freedom of movement is what Europeans value above all else in the EU.

An amazing 74% of respondents in our latest poll agreed with the statement that 'if it did not offer the opportunity to travel, work, study and live in other EU member states, the EU would not be worth having'. The freedom to move around is what we have sorely missed over this year of lockdown. Delivering it back again smoothly would be an important success for the EU.

Beyond that, there is the giant task of ensuring that the €750 billion recovery fund is spent rapidly, effectively, unbureaucratically but also uncorruptly, in ways that really benefit the people of Europe. It needs to help create new post-Covid jobs and opportunities. A significant chunk of that money must go to genuinely green projects, not just 'greenwashing'. Currently soaring levels of public debt, especially in southern Europe, must not be allowed to result in another Eurozone sovereign debt crisis.

Politically, the acid test will be whether pro-European parties prevail not just in this year's Dutch and German elections and France's presidential election next year, but in Italy, Spain and Poland thereafter, and then in the 2024 elections to the European Parliament.

In short, the EU faces one of the biggest challenges of its life. Instead of wasting time on a navel-gazing Conference on the Future of Europe, European leaders should have the Nike sportsgear motto pasted on every door in Brussels: Just Do It.

👉 The article on the Guardian