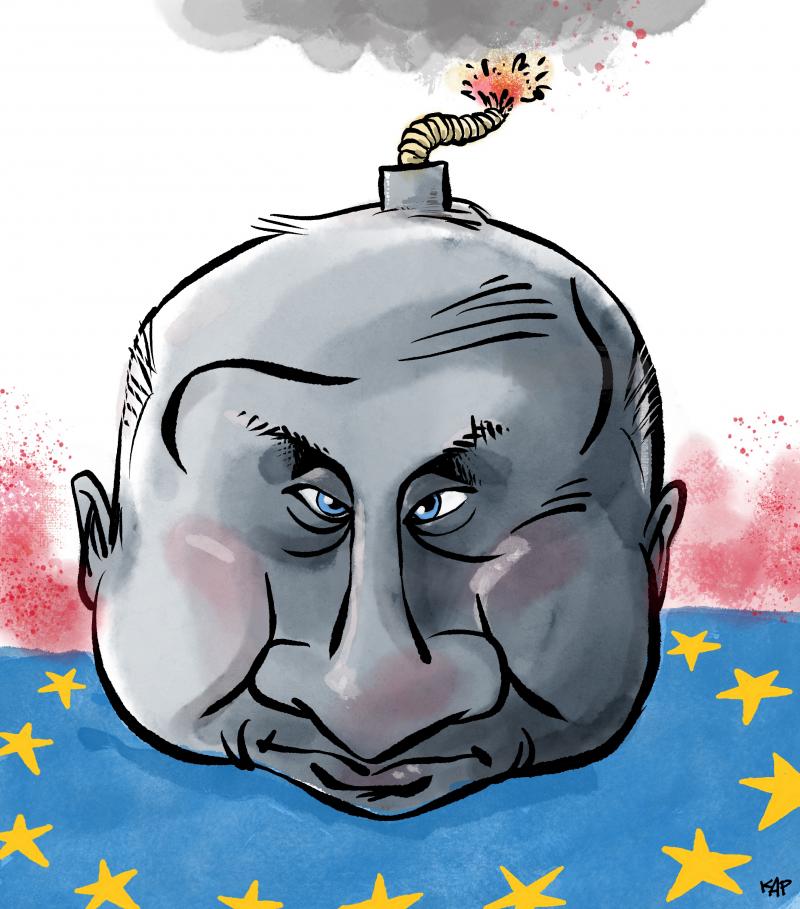 The democratic challenges of post-pandemic Europe

The invasion of Ukraine effectively marked the end of the Covid-19 pandemic in Europe, and the beginning of a new, possibly more serious crisis. Unlike the previous ones, this crisis coincides with the electoral defeat of populist parties in most countries and a sudden acceleration of other changes – energy transition, relations with Russia, defense, enlargement and so on. The consequences of which are not yet known, according to political scientist Cas Mudde.

We are not even halfway 2022 and I can already say that the year is neither what I thought nor what I hoped. Sure, COVID-19 has indeed not been the “great disrupter;” in fact, most governments have ended almost all COVID-19 measures and we have largely wished ourselves into a post-COVID-19 era. We probably would have done that even without the Russian (re-)invasion of Ukraine but it definitely helped change the mindset and priorities of most Europeans. And while it is also true that Illiberalism has replaced Brexit as the prime focus of the EU, this is more external than internal, i.e. about Vladimir Putin’s Russia rather than Viktor Orbán’s Hungary, let alone Jarosław Kaczyński ’s Poland.

The Russian (re-)invasion of Ukraine is the fifth political crisis of the 21st century – after 9/11, the Great Recession, the so-called refugee crisis, and the COVID-19 pandemic. That is one crisis for roughly every five years! The Ukraine War has at the very least postponed the political reckoning of the pandemic. It will likely be the most significant political crisis of all, possibly bare 9/11. It has already affected some of the key national elections in Europe, ironically helping both Viktor Orbán in Hungary and Emmanuel Macron in France. However, while the former won bigger at home, albeit in free but unfair elections, it is the latter who will come out the main winner at the European level.

Orbán surprised friends and foes with his massive electoral victory. Making the most of his monopoly on the state media – the opposition got a mere five minutes of airtime on state media – he turned the Ukraine War into an asset rather than a liability, presenting himself as the reliable and stable leader who would keep Hungary out of the war and the energy prices low. But while his “neutral” position played well at home, where both Fidesz-controlled private and public media continue to have a strong pro-Russian coverage, it is increasingly isolating him outside of abroad. After losing Czech leader Andrej Babiš in last year’s elections, and Austrian Chancellor Sebastian Kurz in a political scandal, Orbán will soon lose another ally in Prime Minister Janez Janša, who lost last month’s Slovenian elections.

Most importantly, the Ukraine War has created an increasingly serious rift in the Budapest-Warsaw alliance, the core of the illiberal front within the EU. While many commentators like to emphasize the support for Putin from the far right – which is not as strong as that from the far left anyway – the war is not really a division between “the mainstream” and “populists”.

In fact, within the European Council, both the strongest opponents and supporters of Putin are (radical right) populists, Poland’s Law and Justice (PiS) and Hungary’s Fidesz, respectively. Over the past months, Orbán has been missing from various regional pro-Ukraine events, as the Visegrad 4 is rapidly turning into the Visegrad 3, after Czechia, Poland, and Slovakia refused to attend a V4 meeting of defense ministers in protest of Hungary’s pro-Russian stand.

As foreign policy takes priority over domestic policy concerns, there is a risk that the new litmus test for Europe will be an anti-Russia position rather than respect for liberal democratic institutions an…